A growing number of sources are corroborating our initial report on a project known as Android Silver - a premium retail and branding effort orchestrated by Google to encourage manufacturers and consumers alike to get on board with handsets certified by Google as meeting certain criteria.

We know, for example, that one of the goals of this program is pinning down the Android software experience: Silver devices would be required to run the latest version of Android with little to no modification of the software experience (a la Motorola, for example). Google would hand-pick a number of devices (perhaps as many as 5) to certify as "silver" status, and these phones would be promoted by Google in brick-and-mortar carrier stores and other retailers, saving OEMs and operators marketing dollars.

A new source, according to The Information, is now claiming that the program is designed not to work in tandem with Google's Nexus line of devices, but to replace it altogether. The Information further claims that devices selected for the program will have "premium hardware" and that Silver will launch in the US, Germany, and Japan as soon as next year.

More obvious, perhaps, is that the Silver program would replace the existing Google Play Edition devices sold by Google on the Play Store currently - the need for such handsets would be made largely redundant by the new Silver scheme. 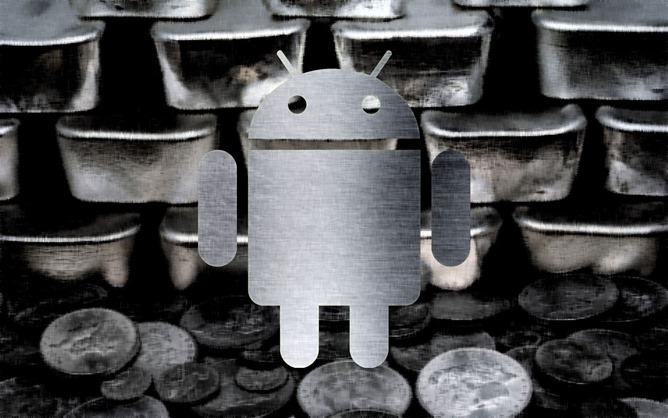 Our own source for Silver suggests the purpose of this program is largely in promoting the Google software experience and the Google Play ecosystem. Carriers and retailers would have to specially certify at least some employees to sell Silver devices, and those employees would assist buyers in transferring their data from an old device to the new phone, as well as setting up a Google account and demonstrating how Google Play purchases work. Google will also allegedly build an enhanced version of its Android Device Manager software called "Never Lost" to help Android Silver customers track and manage their device in the event of loss or theft, even supplying temporary replacement phones. Google would also set up a customer support system through Hangouts, giving Silver owners access to Google specialists to troubleshoot problems or questions about their device.

The problem, though, is that the Nexus program obviously has a substantial fanbase at this point: Nexus has been synonymous with support for the latest Android features, sleek design, and extremely competitive pricing.

The problem for Google, though, is that the Nexus program also competes with OHA members like Samsung, Motorola, LG, Sony, and HTC. This likely fuels the urge of some OEMs to keep Google's ideas about what makes for the "best" Android experience at arm's length. Think about it - if you're shipping basically the same software as Google but charging $200 or $300 more for your phone, what are consumers going to think? Even if Nexus phones do skimp on some things compared to top-of-the-line devices (screen, camera, materials), it's easy to see how OEMs could perceive them as a threat, so differentiation and branding are key to altering consumer perception.

If Google drops the Nexus line, the threat goes away. Granted, then OEMs have one another to worry about - how is a Samsung Silver phone appreciably different from an HTC Silver phone, or a Motorola Silver phone? I'm still not exactly optimistic, myself, that Google will get too many OEMs on-board with this right out of the gate, as most manufacturers have long been resistant to reduce the "skinning" of their devices.

But, anyway, I'm getting a bit long-winded for a poll post, aren't I? So, I'm curious: what do you think? Would Android Silver, based on what we know right now, be a good replacement for the Nexus program? Would it be a mistake? Vote in the poll below.