Let's say there are a few apps that you use frequently. You could get to them by diving into the app drawer, placing shortcuts on the home screen, or hoping they're someplace in the multitasking interface. Slyde makes it easier – you just swipe and pull up your favorite apps.

Slyde places a semi-transparent floating bubble at the edge of your screen. Just tap on it to pull up five more bubbles with your favorite apps. Slide over to any of them to open the app, and you're done. The apps in each bubble are configurable and the position of the trigger can be changed by dragging it. It can also be hidden with a double-tap (moves to the notifications until you need it again). 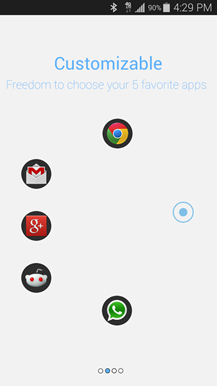 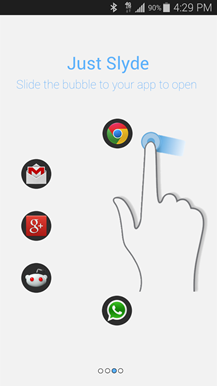 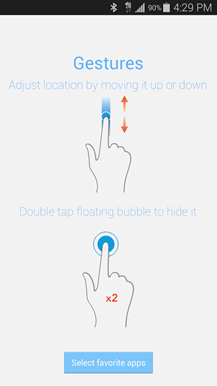 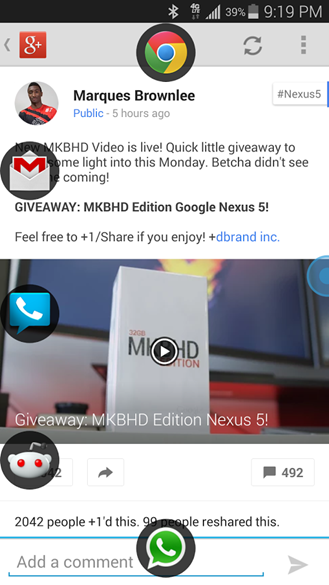 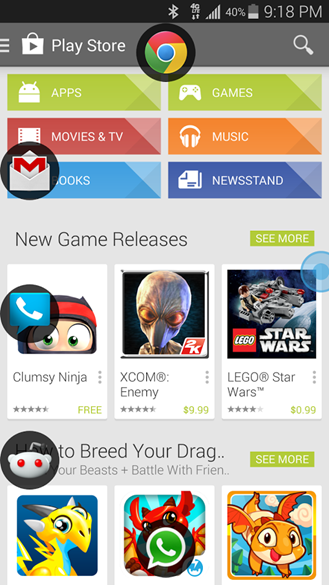 This app promises to be a more resource-friendly app switcher with all the functionality you'd expect from such a thing. It actually reminds me a lot of Samsung's Toolbox feature on the Galaxy S5, which is pretty cool. If you want to give Slyde a shot, it's only $0.99 in the Play Store.