HD Widgets is already one of the more pragmatic and attractive sources for Android widgets out there, but now it's about to get even prettier. For the big 4.0 release, the developers are prepared to introduce a new theme that's been designed for Android 4.4. And since you don't need KitKat to run it, that makes this update a nice breath of fresh air for anyone looking for a modern set of widgets displaying everything from the weather and time to battery life and toggles.

The core experience remains the same, but the team has added a side navigation menu to the app, which displays active widgets, theme packs, tools, settings, weather locations, and the like. 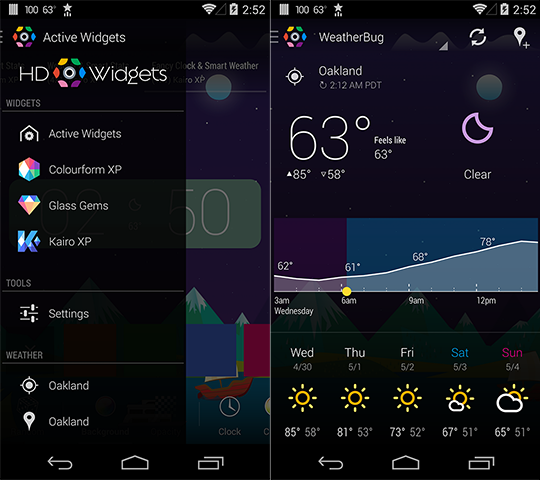 The weather screen now shows more information, including a new hourly forecast graph with graphics depicting temperature variance and the likelihood of precipitation.

The tablet UI now matches that found on phones, including the customization screens. 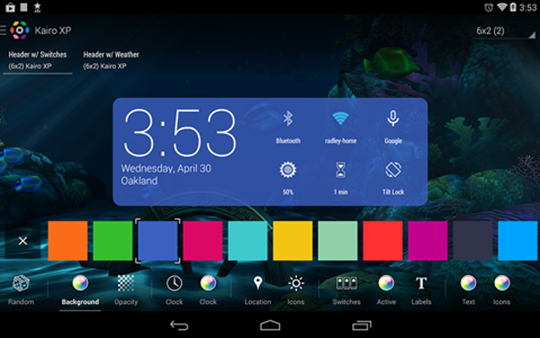 Rather than expanding to fill space, widgets are now constrained sizes. Users can also change weather icon styles depending on the theme. 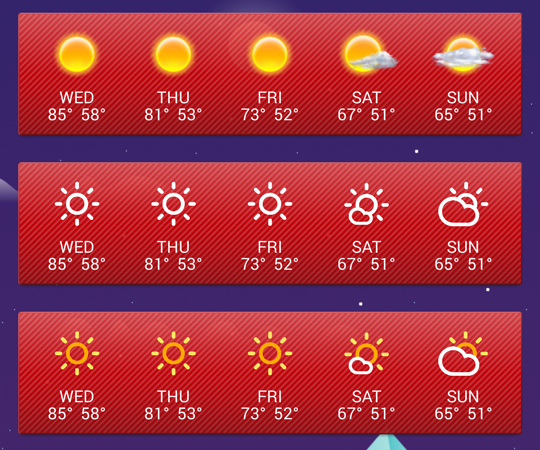 The update is rolling out in stages, so it's not yet available for everyone. After the distribution is complete, the team plans to release a new, flatter theme by the name of Kairo with KitKat in mind. 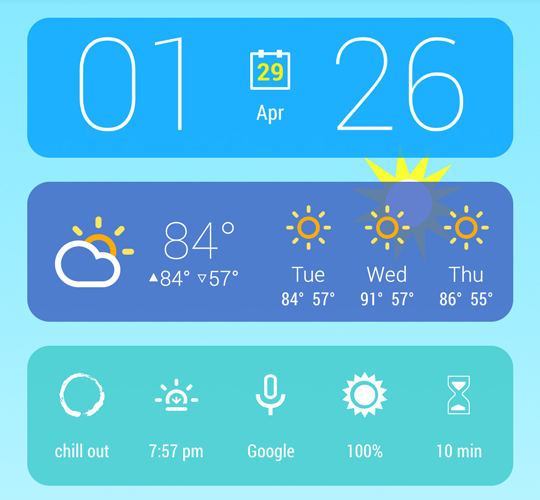 For all the details, hit up the source link below.