At some point or another, everyone goes to a new mall. Maybe it's an old mall in a new town, or a new mall in an old town. The point is the same: it's a mall you've never been to before. Half of the fun is finding out what outlets are eager and waiting to empty your wallet...but that also requires a lot of walking around most of the time. Tragic, I know.

So how's this for an idea: walk into the mall, sit down on the nearest bench, pull out your phone, and fire up Google Now for a full list of stores in said location. That'd be cool, right? Yeah, it would. And convenient. And now, it's real. Since it's a Google thing, you can also search the list of stores to see if your favorite is present in that particular mall. Now you'll never go without finding a Hot Topic again. You silly kids. 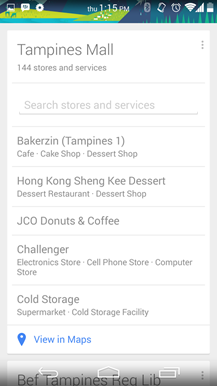 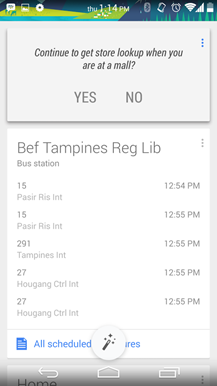 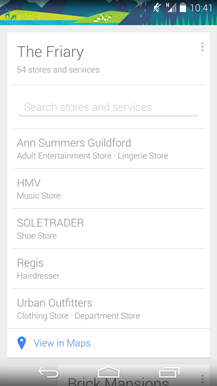 The one downside to this nifty new feature is that it doesn't actually show where in the mall you can find the store  - only that it actually exists inside the labyrinthine retail kingdom. But when you're finished with the shopping extravaganza, Now will also remind you where to find your car in the lot. Eventually Google might actually just start thinking for us through our phones. That would probably do some people a lot of good, I think.

This feature should be available to users through Now, um...now. So check it out the next time you're at the mall.

Thanks Julien Ho and Bora U