Blu has made its name offering inexpensive mid-range devices, but the new Life Pure XL is creeping up the food chain. This phone will still be fairly cheap, but has vastly improved specs. 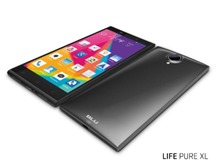 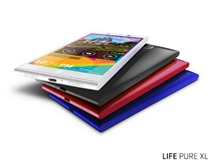 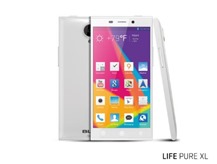 So, note that despite being Snapdragon-based, there's still no LTE – very few Blu phones have it. It's probably going to be crazy fast, though, with a Snapdragon 800 and 3GB of RAM. There will also be a variant with just 2GB.

If you're into it, the Blu Life Pure XL will hit Amazon on May 2nd (tomorrow) for $399. That's for the 32GB+3GB version. The 16GB+2GB phone will be on Amazon starting May 9th for $349. That's also when the blue and pink colors become available.