LG is sending out invites to an event on Tuesday, May 27th in London with simultaneous events scheduled in New York and San Francisco. The invitation doesn't offer much information, simply stressing the letter 'G.' However, we're told there's a new flagship smartphone ready to drop. 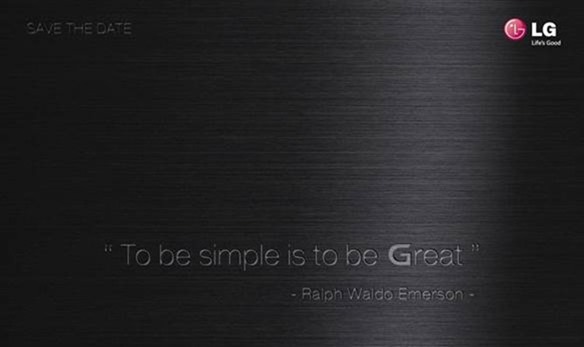 The LG G2 managed to win some fans with stellar battery life and a really nice screen. The successor is rumored to bump the resolution up past the 1080p mark that has been standard for a while now. Last year's LG flagship was plastic, but could the brushed metal pattern on the invite be telling something? The G3 is probably going to target the Galaxy S5, and I wouldn't be surprised to hear some subtle jabs at Samsung during the event.

The 'G' in the invite might lead some to expect a G Watch announcement too, but we're under the impression this is a smartphone event only. It would probably be a little early to announce the G Watch anyway. Google will likely have more to say about Android Wear at Google I/O at the end of June.