The single biggest issue I've found with most Bluetooth earbuds (or earbuds in general, really) is that they never stay in place during physical activity. Running, cycling, or just working out in general always knock my 'buds loose. Throw some good ol' Texas heat into the mix (where "good" should be interpreted as "I hate it more than almost anything in this world) to get the sweat flowing like a waterfall, and keeping them in in basically futile. As a result, I've been cycling without any music/podcasts for...well, forever. Not that it's a bad thing – sometimes nature itself is the best thing to listen to while out for a ride. Oh, and cars. You know, to help avoid death.

For the last several weeks, however, I've been using a new set of sporty earbuds (sportsbuds) from BlueAnt called Pump ($130). They were designed from the ground up with hardcore, outdoor, sweat-filled activity in mind. Thus, I knew I had to give them a shot as soon as I saw them. While they do have some downfalls, they haven't disappointed in the performance department. I can honestly say this is the first set of Bluetooth earbuds I've ever used that actually stay in place during intense physical activity.

Before we get into the fit, build, and sound quality of the Pump buds, I want to point out what I feel is the most important feature: they're water, dust, and sweat-resistant. That's a huge point in the "pro" column in my opinion, because it proves they're down for whatever right out of the box. Get rough, play hard. Give 'em hell. They're ready for it. And at the end of the day, you can rinse them off under the tap so they're ready for the next go. Also, that's good hygiene. Have you ever seen someone stick nasty, crusty earbuds into their skull's listening holes? Yeah, don't be that guy. Clean your damn buds.

With that, let's talk about... 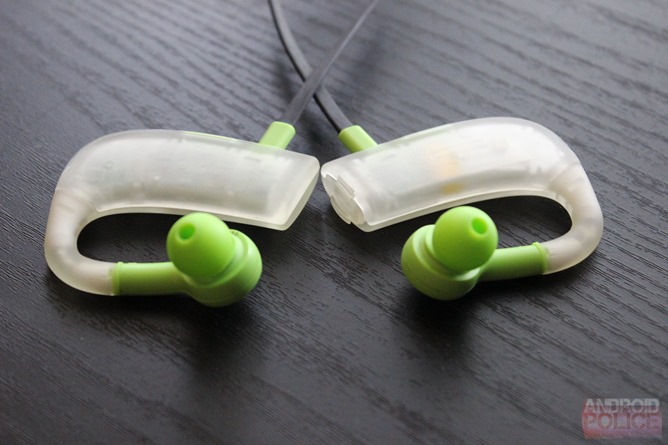 The first noticeable thing about Pump is that they're pretty big. They feature an over-the-ear design that helps hold the buds in place while working out and such, with all the electronics stuffed into a slightly bulbous piece that goes behind the ear. Really, they look a lot like hearing aids, but in sporty neon colors (they come in clear/green and black/blue, though the site also shows a blue/white set I couldn't find for purchase). And with a wire attached to the back, indicating they're actually not hearing aids, but earbuds. Yeah.

At first glace, I thought they'd be pretty heavy, considering the back. Good news: they're not. At all. They don't put any weight on the top of the ear, which is a good thing, as I've found that can be pretty painful after a while. Ears just weren't designed to hold weight, especially from the top. These buds just let ears be themselves. Good on you, BlueAnt, for not forcing my ears to try to be something they're not.

Naturally, they feature removable tips and ship with a few different sizes, which are labeled as small, medium, and large to make things easy. Outside of the more traditional-style "Comfort Seal" tips, BlueAnt also includes another set of tips its calls "Comply Awareness." These are essentially very soft foam that actually prevent a good seal from being made inside the ear, thus allowing the wearer to still hear what's going on in their surroundings. While that will eliminate most of the bass the buds produce (since good bass requires a good seal), the benefit is, of course, safety.

As with the "trend" in sporty-style buds, the Pump also come with two sets of stabilizers, which essentially hook inside the ear to give an ultra-secure fit. I realize that these things may work for some people, but they always hurt my ears, and the ones included with the Pump are no different. It's like they constantly dig into my ear's cartridge regardless of how I adjust them. This may cause issues for users who want to wear these buds while running or other jarring activities, but I found that the outward pressure from my sunglasses actually held them in place very nicely without the need for any other form of stabilization while cycling.

Another thing I really appreciate about the Pump buds is the cord. It's semi-rigid, so it actually stays in place around the back of the head. It doesn't dangle down and get caught up when turning the head from side to side, nor does it "stick" to the back of a sweaty neck. It just stays in place. For those who like a tighter fit, BlueAnt also includes a cable clamp of sorts that allows the cable to be tightened as desired. I personally found them to work best without the clip, however. 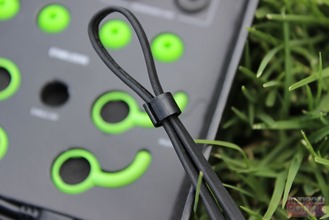 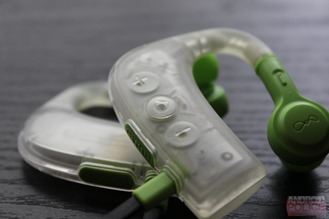 As for battery life, BlueAnt says these get about eight hours of play time and two weeks of standby time, with a two hour charge time. I never actually ran them down completely (because there's not much worse than losing audio mid-ride), but I'd still say that's pretty close. They charge very quickly even over a computer's USB port, and I'd say I easily got 6-7 hours of play time before charging them. Really, if you work out once a day for an hour, charging these guys on a weekly basis should ensure they're always ready to go.

Before we get into sound, let's talk about controls. The button scheme is simple: the part of the right earpiece that goes behind the ear has three button: plus, play, and minus. The plus and minus buttons are used to control volume with short-presses and tracks with long-presses, while the play button will pause tracks when short-pressed and turn the unit off when long-pressed. The buttons are also raised to they're easy to find mid-workout.

But these are earbuds, and fit is only half of what makes them good (or bad, depending). The other half is, of course, sound quality. A bud can fit great all day long, but if it sounds like crap the whole thing is a bust. Fortunately for the Pump, that's not the case. Sound quality is quite good.

A good seal is created with the Comfort Seal tips, which makes the bass far more responsive (and audible) than with the Comply Awareness tips. Surprisingly, though, there's still an audible amount of bass with the latter set of tips, though it's far less defined. Naturally, treble and mids come through clearly regardless of tip.

Speaking of, the balance with these buds is fantastic. There's enough bass to keep the lows strong without making everything too muddy, and the mids and highs are crisp without being harsh. They're not going to replace your $300+ plus set of headphones, but they're damn good for working out or casual use. 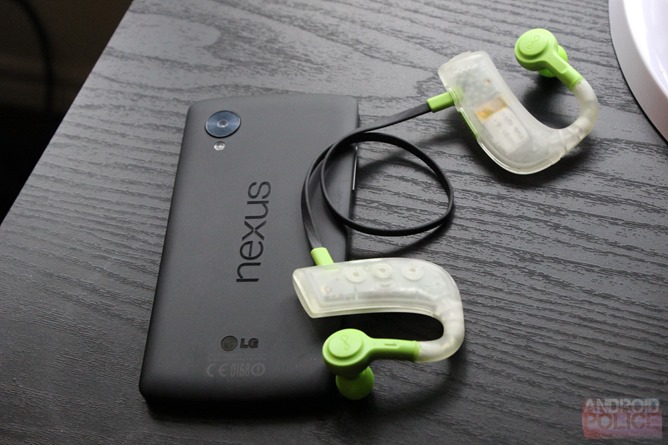 If you like working out but can't seem to find earbuds that will actually stay in place, I highly recommend the BlueAnt Pump HD Sportbuds. They not only deliver on the promise to stay put, but are basically grind-resistant (water, dust, and sweat-resistant), and deliver excellent audio quality for the price. Sure, they're a little bulky, but they make up for it with delivery in all other areas.