The first notable update for the new Android version of Mailbox adds a spiffy, time-saving feature: action buttons in the app's email notifications. Users should now see a "Reply" button on the expanded Mailbox notification, as well as "Archive" and "Snooze" buttons, which are activated via swipes while in the app itself. These should help achieve the app's stated goal of making email organization faster and easier for time-strapped mobile users. 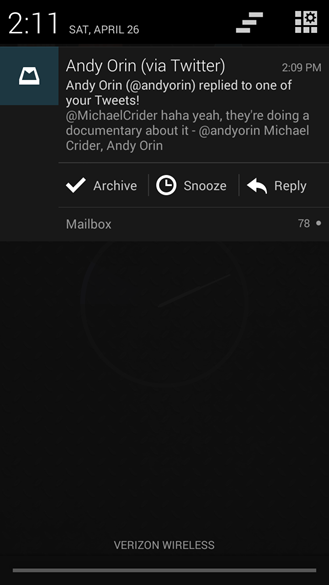 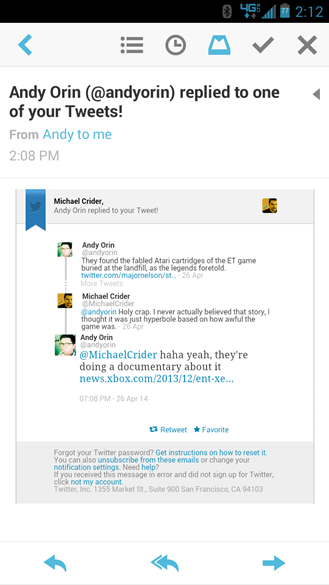 The notification buttons are pretty similar to the ones for Gmail, though the icons have been adjusted (and Gmail doesn't have a snooze function). Aside from the new notifications and the usual "bug fixes and UI improvements," there doesn't seem to be any other substantial additions to Dropbox's email app in version 1.0.1. It's still free, and compatible with any Android device running 4.0.3 or higher. [Weekend Poll] How Important Is Water-Resistance Going To Be In Your Next Smartphone Purchase?