Verizon is not known for being liberal with the OTAs, but Galaxy S4 owners have been on the verge of revolt waiting on this one. Now, the KitKat update is finally heading out to the Samsung Galaxy S4. Users all over the country are reporting it is available for download, so begin mashing the update button. 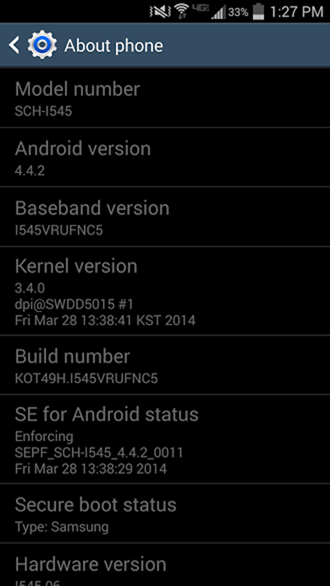 This update will tweak some of the UI elements and add KiKat features like HCE. The UI isn't going to be switched over to the Galaxy S5 aesthetic, though. It's still going to look like the GS4, just a little more clean. Make sure you back up and remove any mods you might have made that could cause the update to fail before going for it.

Verizon has yet to update its official support docs, so we're not sure of everything that is in the OTA. We'll update later when we have details.