Streambels really doesn't care which way you want to get media off your Android device and onto something with speakers or a screen that will better do it justice. Before now it has handled DLNA and AirPlay just fine. After the latest update, the little piece of software knows what to do with Chromecast as well. 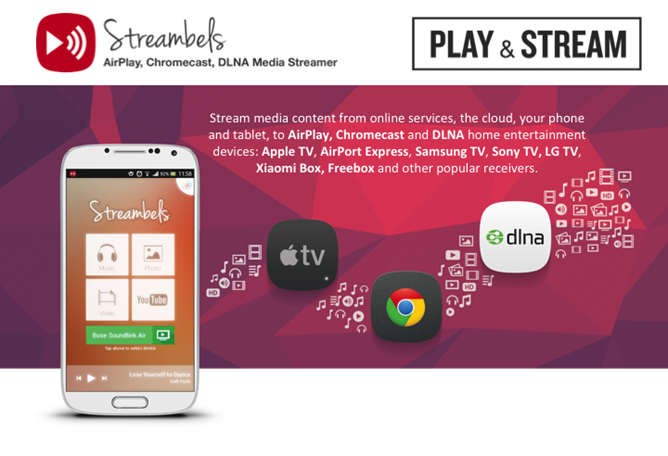 Streambels already competed, in part, with the likes of BubbleUPnP. Now it competes with AllCast and other Chromecast-centric apps as well. Few options support as many targets as Streambels, making it a potentially solid choice for anyone looking for a one-stop-shop that can handle the bulk of their media streaming needs without much effort. The app is free to use for ten days, after which a $4.99 in-app purchase is required to keep it around. 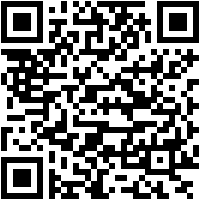 Full Support for All Streaming Technologies Including AirPlay and DLNA

Tuxera Inc., the market leader in interoperable file systems and streaming technologies, announced today a major update to Streambels streaming app, bringing support for Google Chromecast, which is quickly becoming an essential part of the modern connected home. In addition to being capable of streaming content from services such as Hulu and Netflix, Chromecast can mirror full desktop on the TV and turn the smartphone into a TV remote.

Streambels is the first application to fully support all the popular streaming technologies and offer seamless compatibility with the majority of home entertainment devices including Google Chromecast, Apple, LG, Samsung and Sony TVs, Apple AirPort Express as well as AirPlay and DLNA compatible wireless speakers. Streambels provides a great way to bring local and online media on the big screen and to the speakers, and has been praised for extremely easy user experience.

Streambels users can share content from a number of online channels including YouTube, TED and Vimeo with more services coming soon. YouTube videos can be already enjoyed in HD quality. Thanks to AirPlay Authentication one can stream easily to AirPort Express or Apple TV with a password set up. The latest features also include hassle-free streaming from popular media servers such as Plex, PS3 Media Server, Windows Media Server and others.

"The leap we have made really sets Streambels apart from alternative streaming apps. Streambels users can easily stream any content, stored on a phone or a tablet, in media servers, on the cloud and from online channels to any home entertainment device regardless of the brand or protocol. It does not matter if you are talking AirPlay, DLNA or Chromecast -- Streambels just works with everything, out of the box," commented Mikko Välimäki, Tuxera CEO.

Tuxera is committed to develop Streambels as the most enjoyable streaming application available. Streambels roadmap includes an iOS version and support for AllJoyn protocol with release dates and availability announced later.