If there's one thing Verizon's known for, it's high prices. Errr, constant changes that end up costing consumers more money. No, that's not right either. Umm...red! That's it. If there's one thing Verizon's know for (aside from high prices and finding ways to charge customers more money) it's red. You know, the color. That's why we call it "Big Red." Heh. 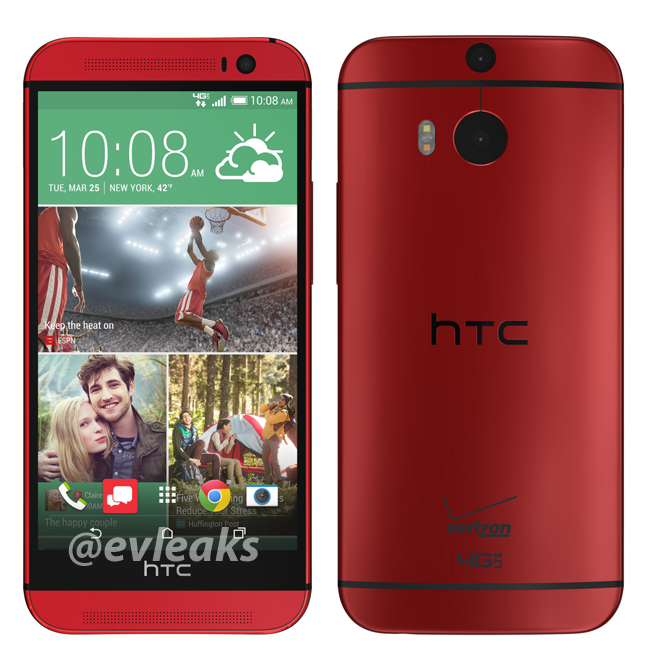 Anyway, since Verizon is oft-associated with red, it looks like the company will be getting a red HTC One M8, according to @evleaks. It's unclear whether or not this will be an exclusive handset color for the carrier, but given how much HTC loves to hand out exclusive colors to basically everyone, I'd probably count on it.

No word on when this guy will be available, but here's to hoping you haven't already picked one up when what you really wanted was a big, bold red 'un.

Kyocera Brigadier For Verizon Leaked By @evleaks, Might Steal The Ugly Crown From Casio G'zOne