There is an unspoken rule that a ruggedized phone must be ugly as sin. The leaked Kyocera Brigadier sure looks ruggedized, as evidenced by the less than attractive design. What's it look like? Imagine a Casio G'zOne, but perhaps even uglier. 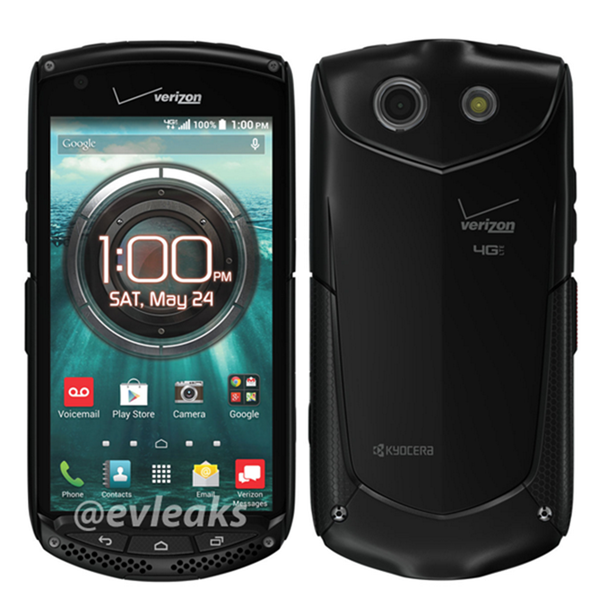 We don't know anything about the Verizon-bound Kyocera Brigadier other than the name and that it's headed for Big Red (the only time the heavy Verizon branding does any good). We can only assume it's a rugged device from the appearance – big rubbery edges, exposed screws, and so on. It does appear to be running KitKat based on the white status bar icons, though.

Don't be surprised if this thing pops up on Verizon's site at some point in the not too distant future. Just breathe deeply, don't think about throwing up, and it'll all be okay.

Red HTC One M8 Leaks For, You Guessed It, Verizon