It was just last week that the Google Glass team started pushing out eagerly awaited update to XE16. It was followed less than 24 hours later by a silent hotfix dubbed XRE15C. Unfortunately, these updates left many Glass owners with complaints about stability and an even shorter battery life than the device was already known for. Yesterday, in a bid to resolve some of these issues, the team began rolling out a new update to XE16.1. There still hasn't been an announcement or changelog regarding the new firmware, but several users have already identified a pretty severe problem: it's sending their devices into perpetual boot loops, leaving them effectively soft bricked. 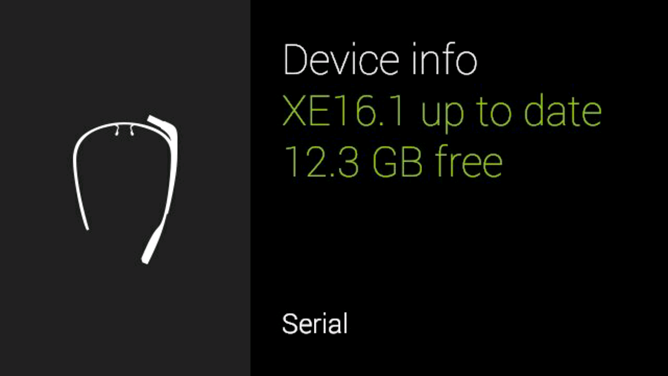 Word of the bad behavior quickly spread through the Glass Explorers Community Forum, prompting the developer team to halt distribution of the update to investigate the issue. While the bug is not affecting all units, it is fairly widespread among those that have received the update. Note, this is a silent update, so it likely would have been installed without prompting users.

Hi, I'm the Software Lead for Glass. I've been reading your reports of Glass not working correctly after updating to XE 16.1. While this problem only affects a subset of Explorers, as soon as we saw the reports, we immediately paused the update so we could investigate and fix the issue.

Some of you were affected before we stopped the update, and the team and I are very sorry for the inconvenience. We're on it and working on a solution.

About 2 hours later, a follow-up post acknowledged that the issue has been discovered and a new fix was in progress. Unfortunately, users with devices already trapped in a boot loop will have to work with Glass support to restore normal functionality.

Hi everyone, we've identified the cause of the problem and we're currently working to patch XE16.1 to fix this issue. For people whose devices are "stuck" and won't load, we need to work with you individually to repair your Glass. We'll be reaching out to those who posted about this issue, but if we miss you, please feel free to get in touch with us directly as well.

In the meantime, Glass owners that have already received the update to XE 16.1 (build XRV16) but haven't yet suffered from boot loops might want to keep the unit charged and avoid restarting until a fix is distributed. And for those that haven't received the update, you can probably breathe a sigh of relief for dodging this bullet.

Update: It looks like the fix is starting to roll out already. Version XE 16.11 (build XRV22) is on the way! This should prevent the issue from occurring for anybody who isn't already experiencing boot loops.

Wednesday App And Game Sales: The Cave, Behang, The Room Two, And More

Kyocera Brigadier For Verizon Leaked By @evleaks, Might Steal The Ugly Crown From Casio G'zOne