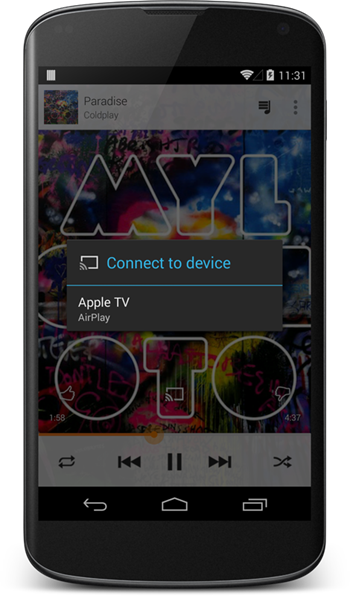 Unfortunately, there's a catch. According to doubleTwist's blog post, the Google Play Music app filters out plugins other than those used for the Nexus Q and Sonos. To get around this, you need a rooted device. Here are the steps doubleTwist has provided to get you up and running.

*Note that occasionally you may need to redo step #3 due to Google redownloading the whitelist.

MagicPlay costs $2.99 and requires the doubleTwist Music Player to work. You can find links to everything below. eBay App Updated To v2.6 With Actionable Notifications, Up To 5 Photos In Messages, And More

Ponies And Pitchforks Find Their Way Into Hangouts For Android With 2.1 Update