So the Google Nexus Twitter account was doing some impromptu support for a user and included a screenshot. How helpful! Well, more helpful than they intended it to be. The screenshot shows a slightly tweaked dialer app with a blue action bar. First they took our #33b5e5, now they're coming after the gray. Actually, I think I'm okay with that. 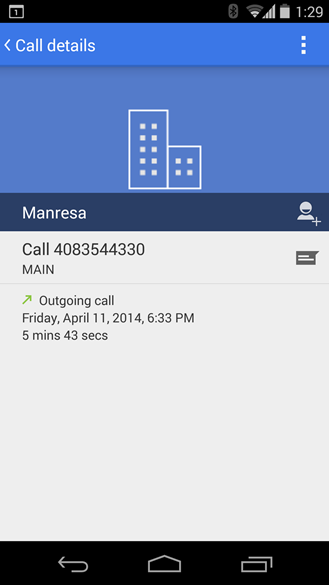 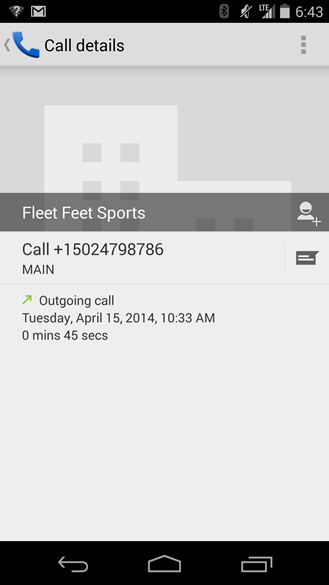 The screenshot tweeted by @GoogleNexus is very similar to the current dialer app, except for the blue action bar and blue business image. This fits nicely with Google's recent trend toward more colorful apps, like with the yellow action bar in Keep.

The full Google dialer is only on the Nexus and GPE devices, but most of the UI and features are also use on the Moto X. Maybe it'll come to more devices later, but whatever happens, it will probably be more colorful.