For those who aren't familiar, Blu's Studio series is its mid-range line of handsets, while its higher-end devices are generally reserved for the Life series. Thus, don't expect a powerhouse from the Studio 6.0 HD – it's definitely more of an entry-level device. Here's a quick look under the Studio 6.0's hood: 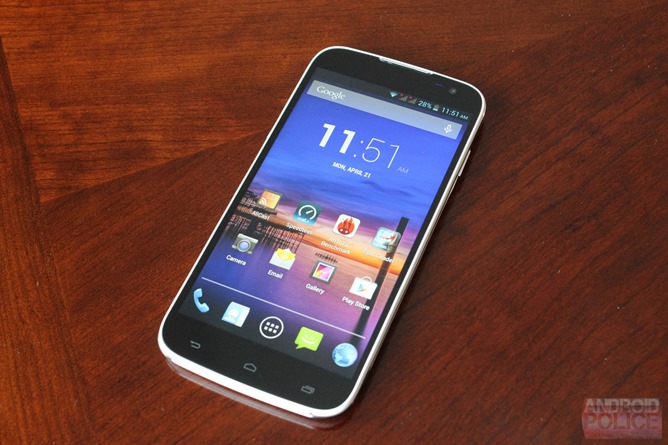 The first noticeable trait of the Studio 6.0 is that, well, it's big. Really big. With the display a full inch larger than the Nexus 5 and one inch smaller than the Nexus 7, it's a suitable size to be used as both phone and tablet, though it may not be the most practical solution for either.

The front of the device is pretty typical: screen, capacitive keys, the like. One thing that struck me as odd, however, is that what looks like a "recent apps" button is actually the menu key when short-pressed. Long-pressing it does activate the recent apps, though.

The right side is where the power button is, and the volume rocker on the left side. Both are in good places for one-handed use, which is nice on a phone this large. The back is pretty plain-Jane, as it's just a smooth, glossy piece of plastic. It's removable, and beneath it is where you'll find both SIM card slots, as well as the microSD card slot. It's also worth noting that the Studio 6.0 HD takes full-size SIM cards.

Obviously the most notable feature of the Studio 6.0 is its massive display, which, at 1280x720, clocks it at around 245 PPI. Like most other Blu phones, colors are vibrant and saturated, but not overbearing. Blacks are not completely black like an AMOLED display, but they're not underwhelmingly "bright," either. On the opposite end of the scale, the whites aren't super white, either, but they're not terribly dingy. Basically, the white/black balance is decent for the most part, as it's not too extreme in either direction.

On the software level, the Studio 6.0 HD is basically like most other Blu phones: a nearly-stock version of Android 4.2.2. Blu has promised that 4.4 would be coming to some of its handsets, but it's not entirely clear which handsets will get it at this time. Hopefully the Studio 6.0 will make the cut, as it's one of Blu's newest handsets on the market.

The Studio's performance is on par with what one should expect from a $250 budget device: very usable, but not a speed demon by any standards. It can power through social networking, web browsing, watching videos, and light gaming, but don't expect to get those things done at breakneck speeds or without the slightest bit of hesitation. It only has one gigabyte of RAM, so that has to be taken into account when multitasking. 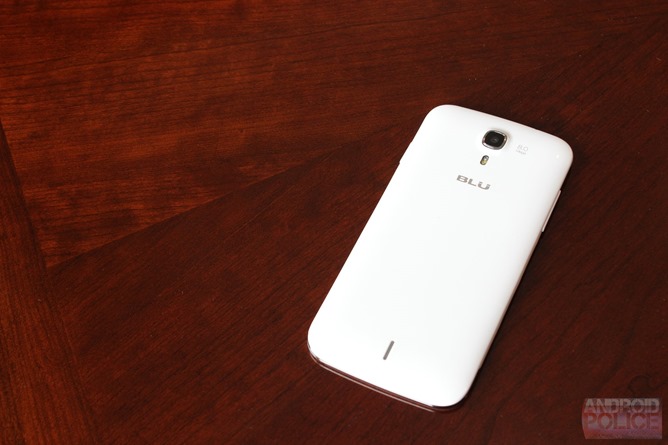 The way I see it, the Studio 6.0 HD isn't the power-user's phone. It's a handset for someone who wants both a phone and tablet, but doesn't want to spend the umpteen-hundred moneydollars that it takes to get one of each. It's also perfect for tweens and teens, for all the same reasons stated above – it's affordable, and covers several bases with one device. In short, it's a good device for the money, as long as you're not expecting to get Galaxy S5-level performance for a fraction of the price.

The Studio 6.0 HD will be available at the beginning of May.

"This is the best Studio Series phone we have ever made, using the latest display technologies for an out-of-this-world viewing experience," said Samuel Ohev-Zion, CEO, BLU Products. "In addition, the Studio 6.0 HD is designed with an extremely thin bezel around the display, making the device perfect to comfortably handle."

The STUDIO 6.0 HD, with a slim profile of just 8.5mm, features a 1.3GHz Quad-Core processor, 4G HSPA+ 21Mbs connectivity, 8.0 Mega Pixel autofocus camera with LED Flash and 1080p HD video recording, along with an expandable micro-SD slot up to 32GB, 1GB RAM, and Dual SIM functionality – powered by a monster 3,000mAh battery for amazing battery performance. Shipping with Android Jelly Bean v4.2, the Studio 6.0 HD will be upgradable to Kit Kat v4.4 before the end of May, available for download through BLU's over-the-air Wireless Update Feature.

Now currently shipping unlocked at just $249.00 retail, the Studio 6.0 HD focuses on assisting the "Bring Your Own Device" no-contract movement in the U.S. and will be sold through major retailers such as Amazon.com and Best Buy, as well as thousands of Operator and MVNO dealer stores throughout the United States. The International launch for Studio 6.0 HD includes Brazil, Mexico and over 30 countries in Latin America and the Caribbean with several operator and retailer partners.