Welcome to the latest entry in our Bonus Round series, wherein we tell you all about the new Android games of the day that we couldn't get to during our regular news rounds. Consider this a quick update for the dedicated gamers who can't wait for our bi-weekly roundups, and don't want to wade through a whole day's worth of news just to get their pixelated fix. Today we've got a Lego game that's even cuter than ordinary Lego games, a Worms clone with some options, and an interesting mix of real-time strategy and lane defense. Without further ado:

We usually applaud Lego games for their kid-friendly focus, because most of them feature no advertising or micro-payments. Of course that first point is kinda moot: Lego games ARE advertisements. For Lego. And the latest one is actually an advertisement for Lego's real-world take on micropayments, the adorably chibi Star Wars Microfighters line. But it's hard to stay mad at Lego, especially when they're offering a solid if simple top-down space shooter. You can fly or drive six of the tiny vehicles from the toy line through four separate worlds.

LEGO® Star Wars™: Microfighters featuring the brand new LEGO toy range. Get ready to step into the LEGO Star Wars: Microfighters’ digital universe for fun, blasting action. Playing with your Microfighters toys just became more fun as you can wield them on the go with your mobile device. Pilot up to six iconic LEGO Star Wars ships like TIE fighters and X-wings as you destroy enemies, collect studs, and control the galaxy. Download now, engage your hyperdrive, and jump into your very own mini-battles. 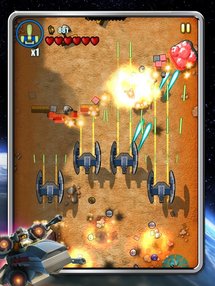 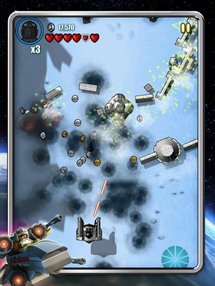 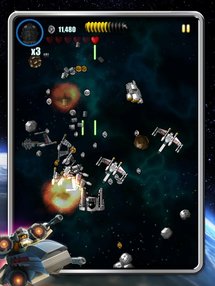 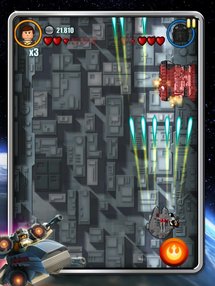 You know what classic ballistic games like Scorch and Worms are missing? If you said "Angry Birds-style star challenges," you're wrong, but you're probably the kind of gamer that Bomb Buds is aiming for. Turn-based strategic shooting on destructible 2D levels is the order of the day, and you've got a choice between the usual multiplayer maps or puzzle-style challenge maps. Beware of those in-app purchases in multiplayer, and also watch out for some buggy performance reported by early reviews.

Battle other players in an all-out war in BOMB BUDS, a brand-new action game. Your tiny garden warriors shoot weapons out of their heads with explosive results. Red Buds, Blue Buds, Robot Buds and Kitty Buds go “KA-BLOOM.” with over 12 crazy weapons. Pick your Buds and get in on the action. 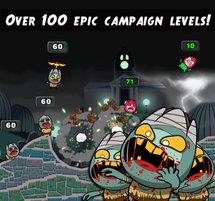 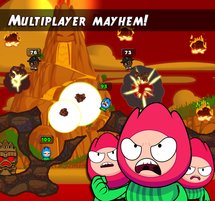 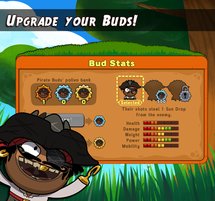 Mini Warriors is an interesting mix between real-time strategy and the kind of on-rails defense seen in Plants vs Zombies. Your army is made up of a few customizable hero units who each command a legion of grunts. Deploy and move them effectively and you'll slice through your enemies before they can whittle you down. That said, the game has a depressing focus on dual-currency purchases and level grinding (which is mobile game language for "give us real money, you cheap suckers") that will probably make for a very unbalanced online multiplayer mode.

HUNDREDS vs HUNDREDS. prepare for WAR. rally your warriors and go forth on a mission of TOTAL DOMINATION. Algers was once a peaceful land, but battles over scarce resources have left the continent ravaged. The time is ripe for a leader to rise and unite Algers beneath his flag, and that leader is you. Do you have what it takes to turn a city into an empire?