Verizon is ready to roll out its first software update to the HTC One M8. This comes less than a month after the device's official launch, and it contains a general selection of fixes and enhances. Several connectivity issues appear to have been resolved, including some related to Bluetooth and syncing with the Dot View case. The update also adds a new copy and paste feature to the gallery app, along with mute and edit buttons for video highlights. 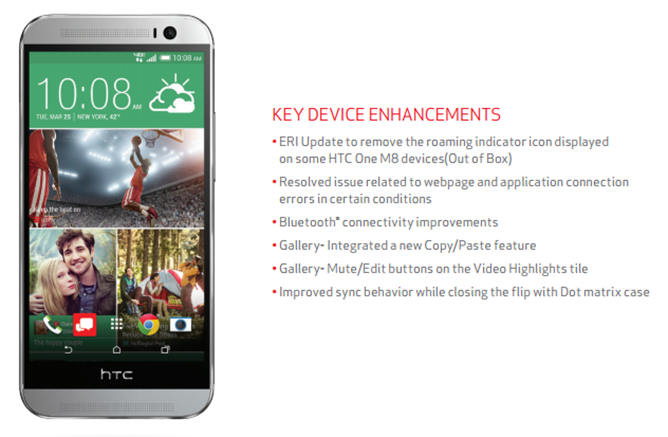 According to HTC's Jeff Gordon, this update adds in the extreme power saving mode, which wasn't present out of the box on US versions of the device. The feature extends the phone's battery by shutting down all but the essentials, switching over to a simplistic interface that limits what users can do until the feature is toggled back off. The Sprint version has already received the power save via an update, and now it's Verizon's turn.

Update: Turns out this may have been faulty intel. The extreme power saving mode apparently isn't included in the update. But here's a screenshot of the OTA landing on the M8. The download appears to be 121.5MB altogether. 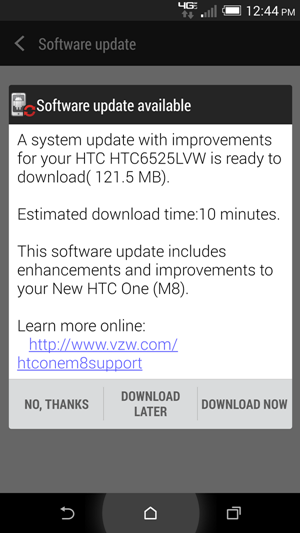