Dutta left Cyanogen, Inc. last month to focus on his own professional app development under the ClockworkMod brand. He was kind enough to answer a few of our questions about the company, his upcoming plans, and Android and Google in general. 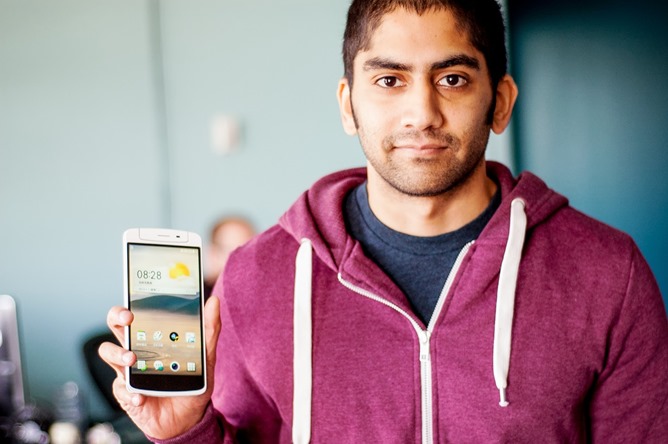 What sort of development work did you do for Cyanogen? Will these items continue under different developers now that you're gone?

Koushik Dutta: Day to day development work was actually not a large part of my activities at Cyanogen, actually. I certainly missed that aspect. I was responsible for recruiting, product and project management, technical guidance, strategy, et cetera. When I did have time to code, I'd primarily help out on GalleryNext and CM Installer (recovery/device bits). Voice+ was built by me, and that is complete. I also did the initial prototype of PushSMS (succeeded by WhisperPush). All those projects have been actively developed by engineers other than myself.

And of course, I'll continue contributing on the open source side of CyanogenMod.

Android Police: Do you have any projects in particular that you're going to be focusing on as you leave Cyanogen?

Koush: AllCast and Mirror for the immediate term. I have to start on a ROM Manager rewrite, which is long overdue. I also want to explore some ideas I've had around icon packs and widgets, and making the experience around them better.

AP: Can you detail your further plans for AllCast features? Where do you see the app going in the next year?

Koush: My vision has been a device and cloud agnostic solution for viewing photos and videos on a TV. I love the idea of being able to be at my friend's house, and then casting a movie from my Dropbox or Drive to their TV. I don't know what is connected to my friend's TV, but they probably have something supported by AllCast. That's what I would consider a "wow" moment. 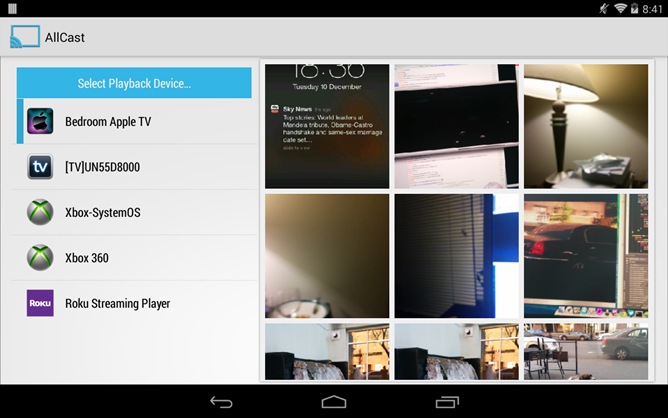 At this point, I'm already covering most TV set top boxes, and will continue adding support for different cloud sources. The UI around folders/pictures needs to be cleaned up a bit. I am also writing a AllCast Chrome extension that lets you view media on your computer, even if you are not home. Beyond that, I think automatically downloading movie/tv metadata and subtitles would be a great experience.

And with root, I can experiment with a few more fun ideas: mirror to a Apple TV or Fire TV, send your Android audio to your Sonos, etc. Add an AllCast button to any app using Xposed.

AP: What do you think Google did right and wrong about the Chromecast launch and the way they handled independent developers and modders?

Koush: From my lunch with some of the Chromecast team members, the success of the Chromecast completely caught them off guard. Given their odd whitelisted SDK process, their closing down of undocumented APIs, and lack of communication, it initially made me wonder how open the platform would really be to developers. I wasn't prepared to invest a large amount of time with no clarity on the future of the platform. 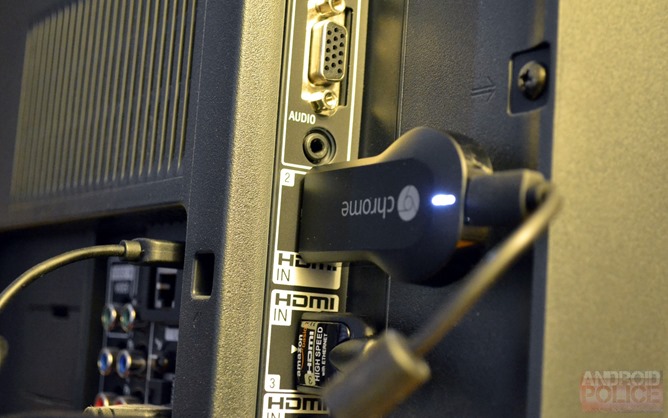 There was a lack of communication here, and that made me suspect they didn't know what their policy would be, and they seemed just as unsure during our chat. They had an unexpected hit on their hands, and were unprepared. In any case, everything has turned out for the best, and I'm a huge fan of the direction they are taking with the Chromecast.

AP: ClockworkMod Recovery has been largely surpassed by TWRP. Will you be continuing or expanding your custom recovery at this point?

Koush: ClockworkMod serves a purpose: disaster recovery and backup/restore. I don't plan to expand it beyond that scope, as I want it to remain a simple, portable, recovery. I'm content with where it's at, and as a project I consider it to be "done". That said, there are many power users that want something more advanced, which is where TWRP fills a gap.

I think a separate product (like TWRP) could arise here, should I choose to build it. I've joked about booting Android in recovery. This need could also be met by allowing TWRP flashing through ROM Manager, for example, and I'm considering doing that as well.

AP: You've been an enthusiastic early adopter of Glass. What do you think of Android Wear - is Google's approach better or worse than Pebble, Sony, or Samsung, and why?

Koush: Google realizes that wearables are a new platform, and unlike the other companies mentioned, they have a storied history of building successful platforms: Chrome, Android, App Engine, et cetera. Google will win over the developer mind share (something Samsung, despite all their efforts and market dominance, still struggles with), and probably have the dominant ecosystem as a result. 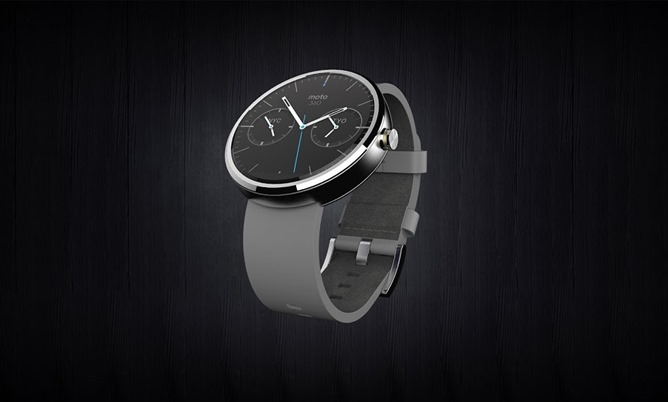 Though I'm not a fan of Glass in its current incarnation (I don't wear glasses), I like the direction it is heading. At this point, Google is held back by what is technologically capable in hardware right now. Once they have a Glass contact lens, I'm on board. What Google is doing right here is evangelism. Glass, by all rights, has the potential to be very creepy and controversial. With Google's exclusivity, marketing, and their trickle-based referral rollout, they are making sure that the right Explorers are getting glass, and championing it to the world on Google's behalf. They're doing an excellent job at gradually gaining societal acceptance, which needs to be recognized.

AP: What's your position on the SD card access situation in Android 4.4?

Koush: The SD card needs to go away. It's a nightmare for developers. There's too much variability here. SD Cards can be slow, resulting in poor app performance. They can come and go, or be swapped, and that results in unpredictable behavior if an app was expecting an SD card. One contiguous block of data needs to become the standard here (with different OEM SKUs for more/less storage), as it has been on iOS since the first iPhone.

AP: How do you think that Google could be better serving Android developers?

Koush: They're doing a pretty awesome job. I don't really have any suggestions here on the developer side. On the design side, I'd like to see them deprecate Holo dark.

What are your most-wanted features from new versions of Android?

Koush: As mentioned before, a new revision of Holo. Current Holo dark/light system themes are monochromatic and dull. Google doesn't even abide by the "Holo" defaults provided by the system, as evidenced by their Play apps. There's "Holo" as seen in the system apps, and then there's "Holo" as seen in Google Apps. I'm not sure which is the real Holo. Google's design is bright and playful, no pun intended. I want to see that bleed into AOSP.

Koush: Boy do I. I'm actually thinking about doing a talk at the Big Android BBQ on exactly this topic. I've had a few successes and many failures during my 5-year journey with indie Android development.

My main advice is teach yourself to become a full stack engineer. Learn Android, learn web development, and learn design. There are plenty of opportunities to make a high five- to low six-figure salary by attacking projects that would typically not be worth the time of a small engineering team. One person with a broad skillset can tackle it economically. 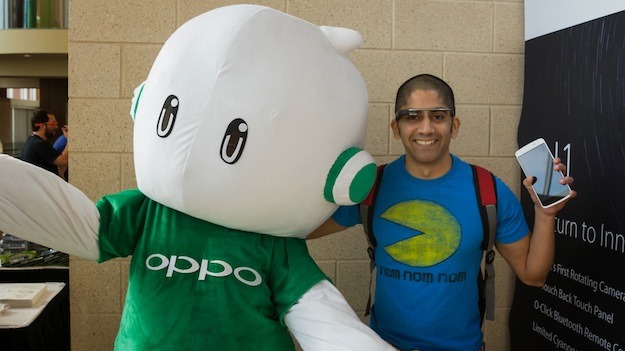 My other bit of advice is to fail quickly; don't spin your wheels on a project that will never take off. And keep trying.

AP: Can I take your yacht out for a joy ride? How many yachts do you own?

AP: Thanks so much for your time.

You can follow Koushik Dutta on Google+ and Twitter... or right here, since most of his work ends up on Android Police in some way or another. If you want more in-depth insight from the Cyanogen, Inc. team, check out our interview with recent hire François "Supercurio" Simond.

Samsung Decides That Free Milk Music Users Will Get Ads After All, Premium Subscription To Cost ...

MetroPCS Picks Up The Galaxy S5, Will Sell You One For $649 Without An Annual Contract