Earlier today, Google released a dedicated camera app into the Play Store. This would have been news on its own, as this method of distribution allows for camera updates without having to wait for a new firmware to come along. But the goodies didn't stop there. Google has completely redesigned the app, and while your opinion may vary, here's mine - it's better.

For starters, there's a new lens blur effect that I've already elaborated on in great detail. It's a great new feature that I'd consider worth downloading the app for all on its own, even with its unfortunate side effect of shrinking down photos to either 1024x768 or 2048x1536 (depending on whether it's set to low or high). While this may be the only new feature per se, the rest of the changes are even better. 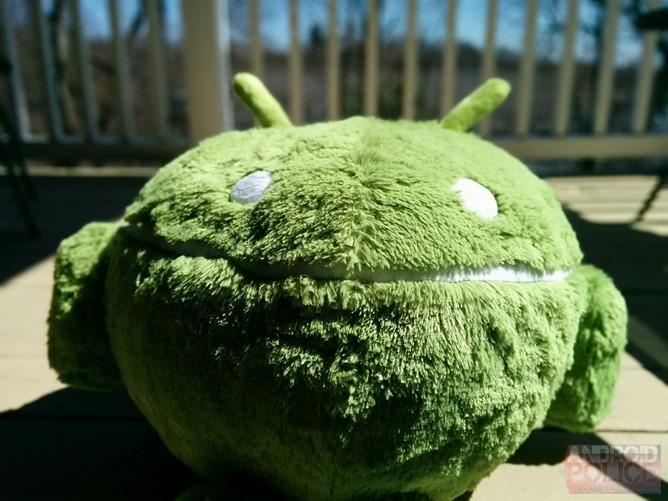 What Else Is New?

The previous camera app was decidedly minimalist. By default, all it showed was a shutter button flanked by two white icons. To access deeper functionality, users were required to swipe up on the screen to display an arc of unlabeled icons. Swiping farther revealed another arc. The only thing I've found more frustrating than navigating this menu was trying to take a picture of myself navigating this menu.

Now the app is no less minimalist (perhaps even more so), but the interface is entirely intuitive to navigate. For starters, all you see on screen is a big fat shutter bar - yes, an entire bar - and a menu button. 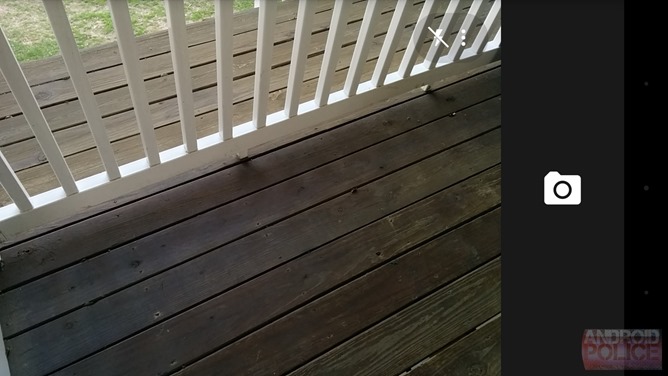 That massive bar helps mold the viewfinder into the proper shape for the Nexus 5 (though this app is not exclusive to Nexus or Google Play Edition devices), so what you see on the screen should finally match the photo that you get.

To start recording video, take a panorama shot, create a photo sphere, or try out the new lens blur effect, you swipe in from the left. How do you know to do this? Because the icons are momentarily present every time you fire up the app, giving you ample time to watch them hastily retreat to the side of the screen. 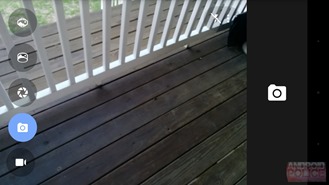 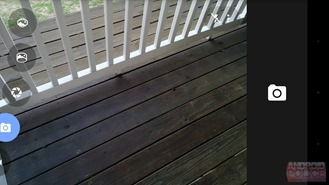 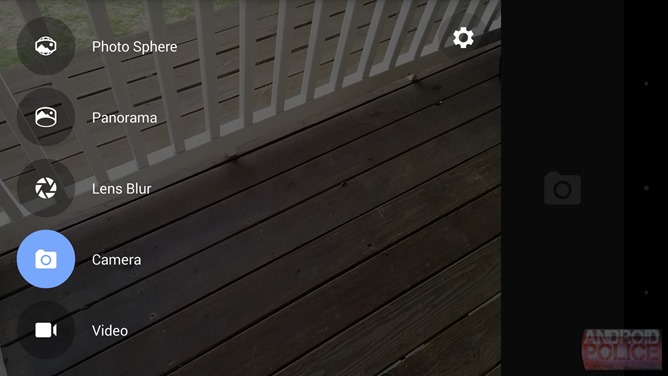 The menu button pulls up a list of icons next to the shutter bar. The available options change according to whichever mode you're in.

Panoramas and photo spheres are still the same features that they were before (though the former now takes shots in a higher resolution, and the latter has made the jump all the way to 50MP), but Google has tweaked the app to make creating them a more similar process. Now taking a panorama shot will require lining the camera up with dots the same way making a photo sphere does. 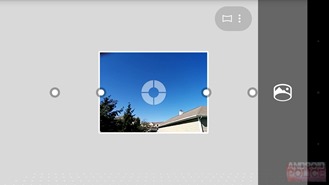 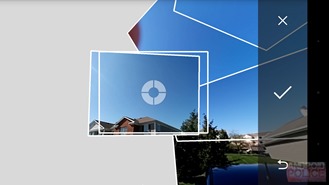 You can reach the app settings by hitting the cog icon that appears when you've swiped in from the left. There aren't many options there, but you can set image resolution for regular shots, panoramas, photo spheres, and lens blurs (and you're probably going to want to, because the default resolution's pretty low for that last one). 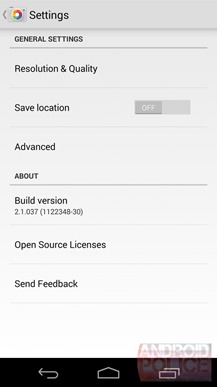 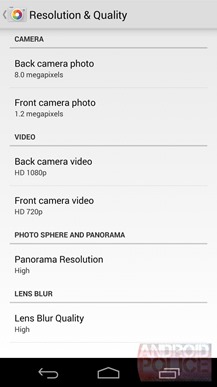 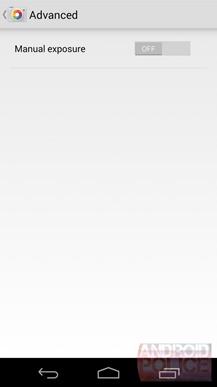 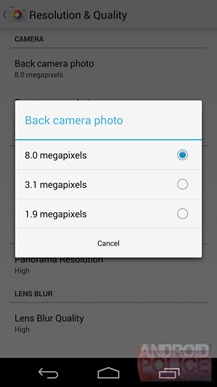 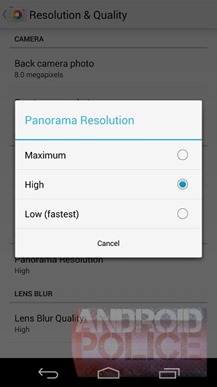 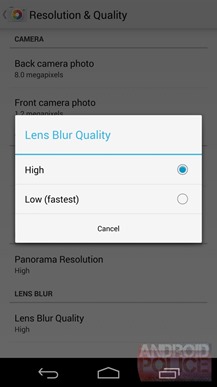 The option to tweaking exposure levels manually has been tucked away under the app settings, with the toggle visible in the top-right screenshots above. Once enabled, it appears alongside the other camera options. 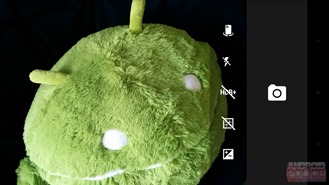 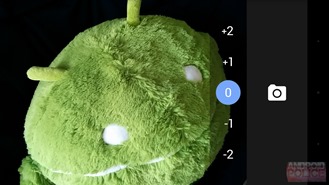 Oh, and Google really doesn't want you to record vertical videos anymore. But it will still let you if you must insist.

Most of the functionality has returned, but some features are still buried within the APK, hopefully waiting to resurface at a later date. This includes the countdown, time lapse, and white balance settings.

The new camera app may not be as sleek as the old one, but it's umpteen times more usable. Not everything has made the transition to the first iteration of this new app, but the essentials are present, and they're more accessible than before. Not only that, the app is installable on any Android device running Android 4.4. That's quite a bit to get excited about.