Google released the Chrome Remote Desktop extension a while back, but it was designed for use with other computers. That's fine if you have one handy, but your phone or tablet is probably more readily available. I know that 95% of my remote desktop access happens from a mobile device, so it makes sense that Google would have a Chrome Remote Desktop app for Android – it just took a long time to happen. No matter, though. It's here and now we can take it for a spin.

If you don't have the Chrome extension installed, that's the first order of business. It's pretty painless, but remember to actually enable remote access, otherwise your apps won't see the computer. There will be some security prompts to bypass, but this is normal. The connection to your computer is gated by your account credentials and a PIN code. You can grant access for remote assistance to third-parties with an access code, but remote assistance does not appear to be a part of the Android app, which is kind of lame. 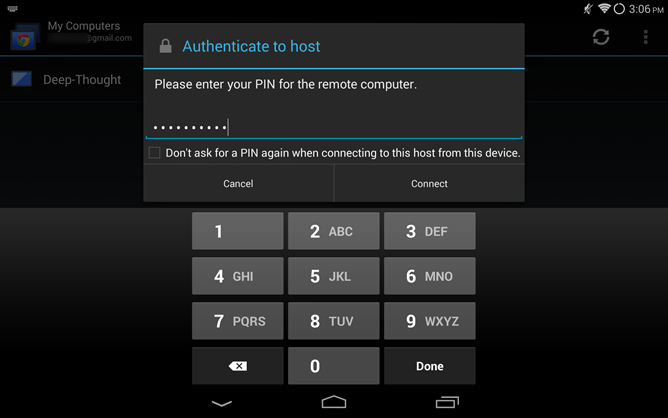 The app's device list will show all active computers, but that doesn't mean a browser window needs to actually be open. Chrome will still run in the background when no windows are open. In fact, it runs at startup so you can restart and log into a computer remotely. You will be prompted for the PIN code each time you connect, but that can be disabled as long as you're using the right account.

There are a few ways remote desktop apps can control a computer, and they usually include more than one as options. Not Chrome Remote Desktop, though. This app only has direct control of the cursor by swiping across the screen. So if you were hoping for a Windows 8 style touch-mapping interface, it's not happening. One very cool feature is that Chrome Remote Desktop just renders multiple monitors as a single desktop, rather than making you switch between them. 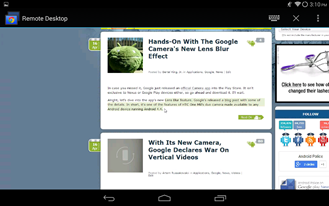 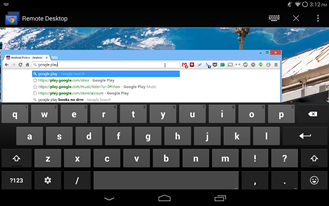 The cursor will cause the segment of screen you're viewing to slide along as it moves toward the edge of your device's display. This only applies when you're zoomed in, of course. If you are zoomed all the way out, the view you have of the computer remains static as the cursor moves. Zooming is handled by the usual multitouch gestures. The keyboard can be opened with the button up top, and text entry works like you'd expect.

Clicking is a bit counterintuitive in this app. There's no tutorial explaining mouse control, but you can open the help menu for a page with the various controls. Of course a left-click is just a single tap, but a right-click is a two-finger tap (a long-press is far more common in remote desktop apps). Click and drag is also a bit confusing at first. Most apps use double-tap and drag, but not Chrome Remote Desktop. With this app you long-press until a ripple effect appears around the cursor. At that point you can begin dragging where you want. 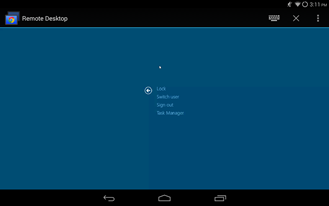 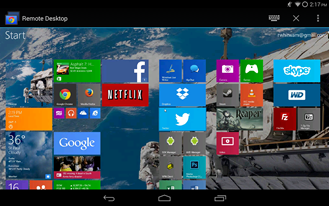 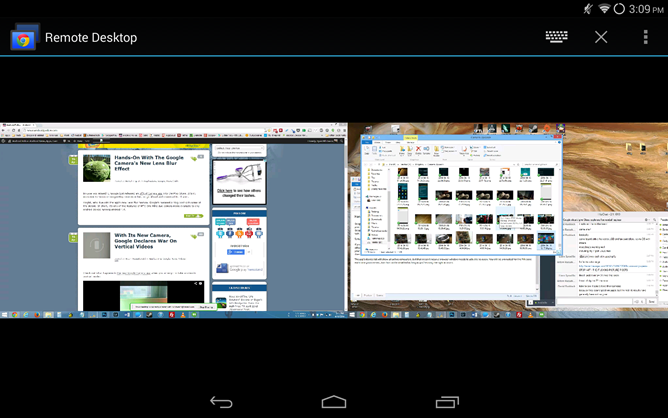 Scrolling is also built into the app with a two-finger swipe in the "natural" direction (i.e. swipe up to scroll down). To be clear, the touch interactions work fine – it's just not very clear at first. 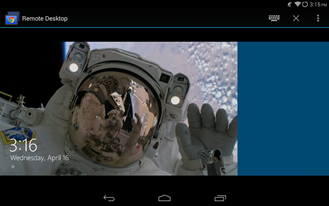 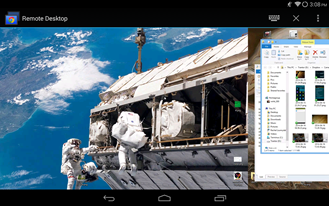 As for performance, it's reasonably impressive. The cursor movements are smooth and everything in the remote UI is responsive. Some solid colors show a bit of distortion, and text can be blurry when zoomed too far out. There's a little bit of a frame rate drop on the remote computer, but that's not evident in the Android app. It manages to do all this without down-sampling color depth or removing backgrounds like some other apps do. Performance over mobile data is good, though I do notice a bit more artifacting in solid color blocks (there's only a tiny bit of that over WiFi). 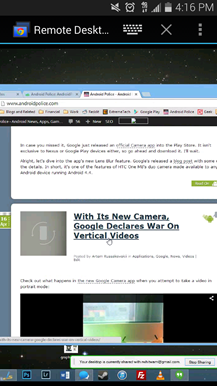 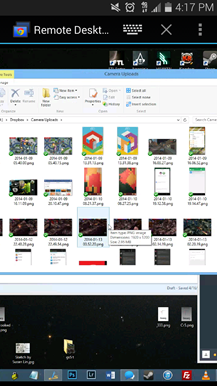 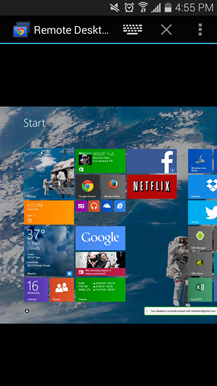 There aren't as many features in Chrome Remote Desktop as you'd find in some other apps – no file push, function buttons, or media controls for example. Well, you get ctrl-alt-delete on Windows, which is okay, I suppose. Still, it's a solid app that's completely free and likely meets almost everyone's basic needs for remote access.