It's still Update Wednesday here in San Francisco, and just when I thought I was done for the day, Google decided to upload yet another new version of one of its core apps - Calendar v201404011. And it's a big one, folks.

Location suggestions of nearby places

The main change in this update finally addresses (no pun intended) what I consider the most requested feature missing from Calendar for Android, which is actually present in Calendar on the web - location suggestions for places known to Google Maps. In fact, Google made the whole experience better on Android than the web counterpart, although after testing it out a bit, it's clear that more work needs to be done here. Let me explain.

Up until today, when making a new event, Google Calendar on Android only suggested locations of your contacts from your address book. On the other hand, Calendar on the web currently suggests locations from various places, powered by information in Google Maps.

Folks, I'm happy to report that the updated version of Calendar for Android now does both, which explains the newly added Access to Coarse Location permission. Observe: 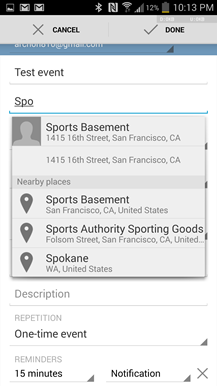 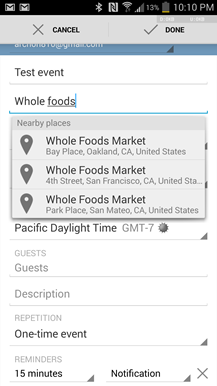 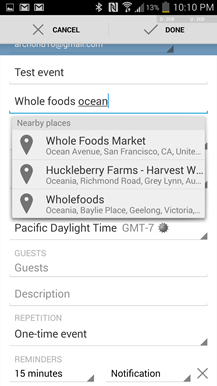 I don't know about you, but I've been longing for this for as long as I can remember. Can you say "finally" with me? Come on, all together now.

In my limited testing, the functionality still needs some work. For example, while I'm currently located near Ocean Ave, within half a mile from the Whole Foods on Ocean Ave, none of the suggestions when I typed in "Whole foods" included the one closest to me. It was only after I added "ocean" that the correct one showed up. I realize coarse location isn't exact, but as a feature, it still feels a bit broken. I'm sure Google will sort it out at some point.

Another useful addition in this update is support for video calls, which has been present on the web for quite some time now. Remember this?

Well, now you can actually join the conference call, right from your Android device. For meetings with video calls enabled, just tap the new Join Hangout button, open it up in Hangouts, and at this point you'll be able to join the call. Interestingly enough, you don't join automatically - the extra step involves tapping the Join video call button you can see below. I do like that. What I don't like, however, is that you can't add video call support to a meeting created in the Android app. At least not yet. 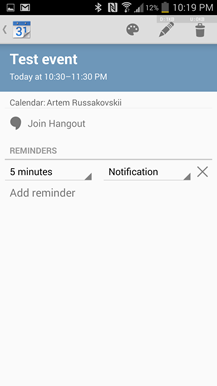 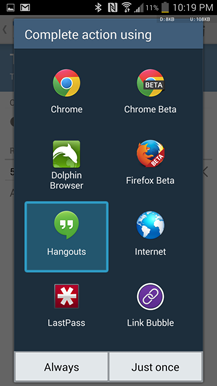 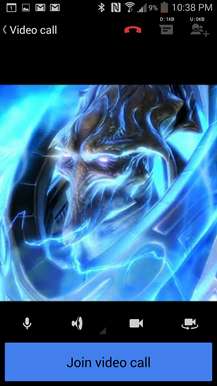 Both of the above additions are very welcome and, frankly, kind of overdue. If you spot something else, don't hesitate to point it out in the comments.

[Bug Watch] KitKat Appears To Have Issues Restoring Encrypted ADB Backups, A Fix Is On The Way