The more rugged, athletic version of the Galaxy S4 is about to indulge itself with a taste of KitKat. AT&T has started rolling out an OTA update to its version of the device that will bring it up to Android 4.4.2. The company has provided the following changelog on its blog.

This update comes three months after AT&T bumped the handset up to Android 4.3. That's not bad, though it is nearly two months after the regular Galaxy S4 received its update. Sometimes that active lifestyle comes with sacrifices - but hey, no pain, no gain. 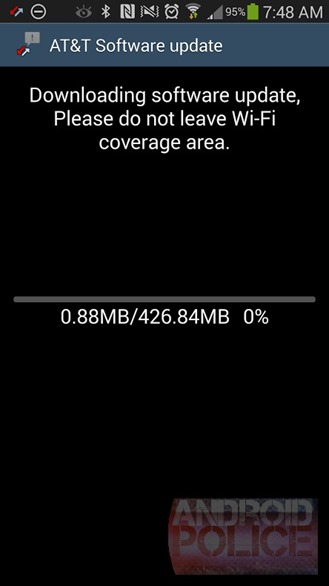 You should be able to pull down the OTA manually at this point. It's over 400MB in size, and you will need Wi-Fi in order to pull it down.

Update: A slightly larger changelog with a few more details was just posted by Samsung:

Effective April 16th, 2014, a software update for the Samsung Galaxy S 4 Active (SGH-i537) will be available to AT&T customers. This software package updates your phone to Android 4.4, and includes multiple improvements.

The update file size varies between 447MB - 877MB depending on your OS version. The update is available over Wi-Fi only.

How to verify the update:

Zombies, Run! Gets A Bright Red Holo Makeover For Big 3.0 Update And A New Season With Over 60 ...