Along with two new apps, today's Update Wednesday has brought us a new version of YouTube with version 5.6.31. The previous version was 5.5.27, so it became clear right away that we should expect something relatively significant as opposed to simple bug fixes. Unfortunately, I'm going to have to disappoint those of you still waiting for offline and screen-off playback - those are not here just yet. There are no major UI changes either. So, what's new then? Let's take a look.

A little over a week ago, Google finally enabled casting of live videos from the desktop YouTube player. Unfortunately, this still didn't work on mobile, which was quite unfortunate, considering the first Coachella weekend that just passed. But hey, there's still that second weekend coming up.

The good news is that yes, Chromecasting live videos now works great. I tried the same QVC HD live stream that wasn't working previously, and it streamed like a champ. Observe: 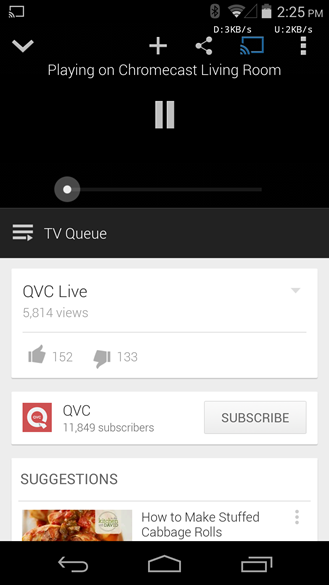 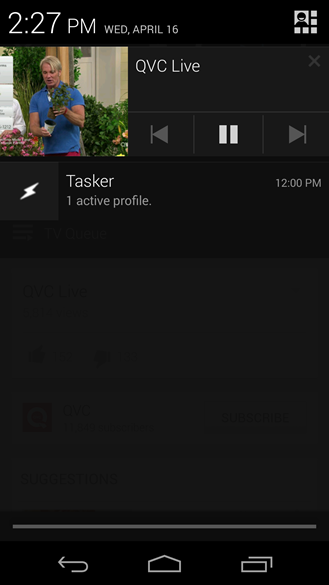 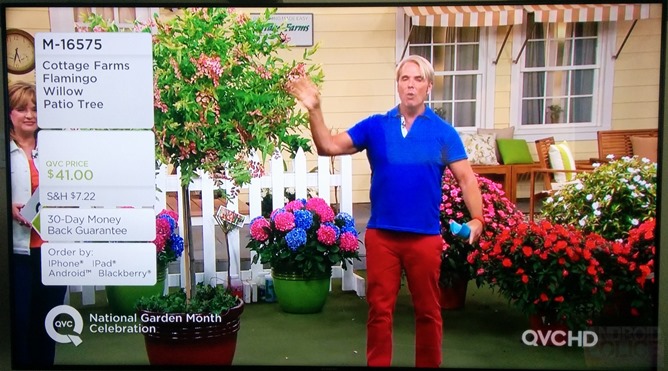 The Watch Later UI has been updated to be more in line with the rest of the app and looks like other playlists now rather than a simple list of videos. This only makes sense, and I'm kind of surprised it wasn't updated in 5.5 when the playlist refresh originally happened. 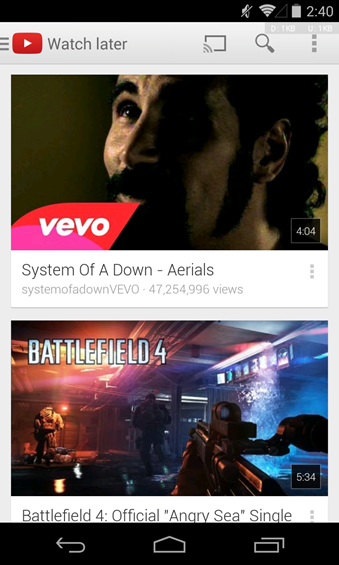 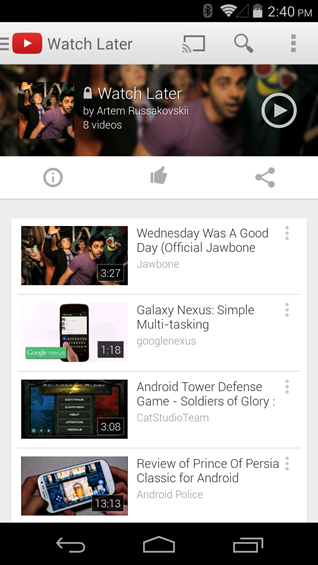 Spot anything else I missed? Drop a comment below.

Thanks, Jakob K and Anthony Raffini﻿!