An Amazon phone has been rumored almost as long as an Amazon tablet, but now we might have actually caught our first glimpse of this unicorn device. Photos acquired by BGR show a phone clad in protective armor to hide the design. It appears to have a number of unusual sensors on the front, but the accompanying information points to a use for them – Amazon's Kindle phone will allegedly have a 3D interface. 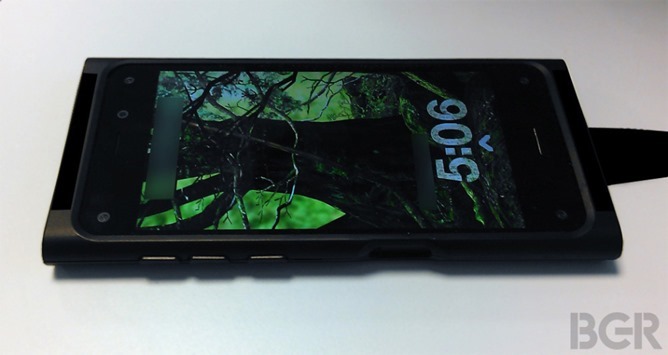 Internally, the Amazon phone is said to have a Snapdragon processor and 2GB of RAM, which isn't surprising. The 4.7-inch LCD will only be 720p, but what Amazon might do with that screen is interesting. There are six total cameras on the device including a 13MP rear shooter and a front-facing selfie sensor. The other four are positioned in each corner of the front of the device – indeed, you can see the lenses poking through the bezel in the images. These (possibly infrared) cameras will reportedly be used to track a user's face and adjust the interface accordingly. 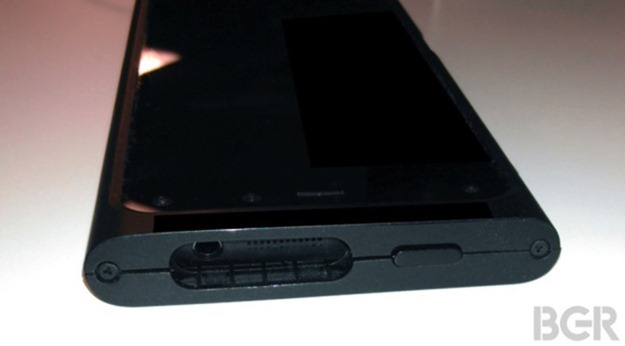 Amazon sees this 3D trick as the differentiating feature of the Kindle phone (or whatever it's called). There will be parallax wallpapers, perspective changes in maps, and support for 3D product images. The screen itself isn't doing anything physically different, like some Android phones tried back in 2011 with parallax barriers. This feature is apparently all in software enabled by Amazon's fork of Android.

The Amazon phone could be announced in the next two or three months, with a release coming late this summer. Pricing is unclear, but it's likely to be inexpensive and unlocked. BGR says it will initially be available in the US only. Remember: this is all rumor about an unannounced device, so take it with a grain of salt.