At the recent Accel Design Conference, Google's head of design for Android, his holo-ness Matias Duarte, sat down for an interview with The Verge Editor-in-Chief Joshua Topolsky. The wide-ranging chat touched on how Duarte approaches design, some things he looks at when thinking about Android's UX, and the death of mobile. How's that for a teaser?

Duarte explains how design is a process for him, and how that figured into transitioning Android to a more user-friendly experience. The pair hit on the 'death of mobile' about half way through. That might sound like an odd thing for Duarte, head of Android design to say, but there's a point. Duarte thinks it's necessary for designers to stop designing for one device or another – he wants to see everything become responsive. So, stop making things just for mobile devices and make them work on everything – TVs, computers, wearables, phones, whatever. Maybe that's a more web-based approach combined with native platforms, but website-specific apps aren't part of Duarte's vision.

The chat moves into Google I/O and Android Wear at about 20 minutes, and we hear that design is going to be a bigger part of I/O this year. So, designers are encouraged to apply for tickets. Duarte also ties in his ideas about responsive design to Android Wear and Topolsky tries to pin him down about Wear announcements at I/O – Topolsky is shut down. They patch things up at the end with a conversation about flat design and why skeuomorphism is lame. 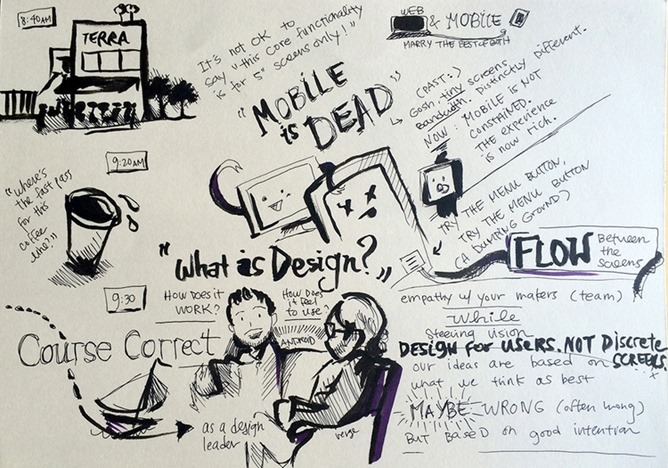 Humble Mobile Bundle 5 Is Live With 6 Android Games, Including The Cave, The Room Two, And ...