Talon was one of the more attractive and full featured Twitter clients available right out of the gate, and it has been getting updates frequently ever since. Today it's being updated with support for multiple images, kind of like the official client is going to do soon. That's just the start, though. 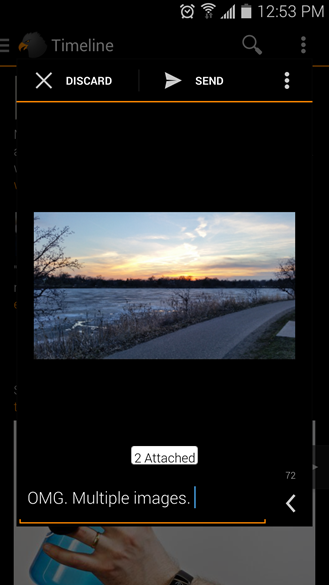 Twitter just added the ability to tweet multiple images with a single link several weeks ago, but Talon isn't using that system. Since Twitter's API apparently doesn't include support for third-parties to do the same thing (right now), Talon defaults to Twit-pic when you add more than one image.

The full-screen layout is also a welcome change if you want to reclaim a little screen real estate. It requires a quick trip into the settings and a restart to enable, though. The update should be live for all, so hit up the Play Store and get it.