HTC wasted no time making its new One M8 flagship available, which inevitably means that the source code for its software kernel would need to follow. HTC has dutifully published the code for a range of new M8 phones on top of those published earlier this month, specifying carriers in the United States and Europe and one model in Asia. Here's the list of new source code files now available from HTCDev.com:

That's in addition to various phones published last week, which includes the source code for the One M8 Google Play Edition. Also note the "Brightstar US" model in the screenshot below, marked as a Developer Edition, probably the GSM (de facto AT&T) model available on HTC's website. Brightstar isn't a carrier, it's a business-to-business hardware distributor. 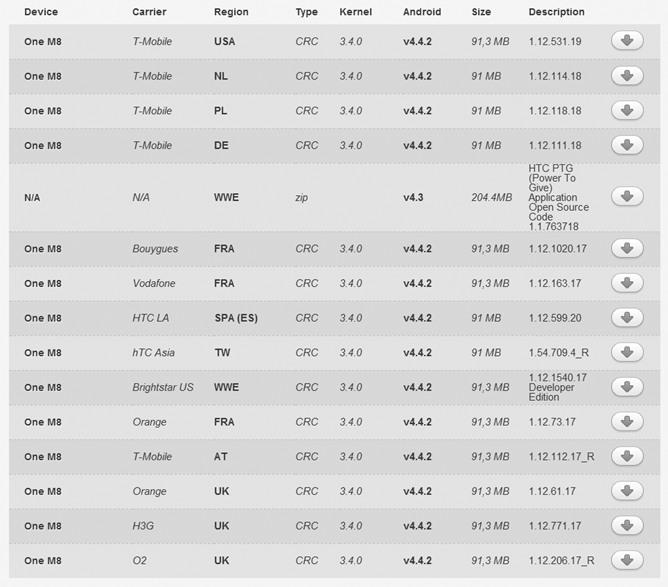 Developers, you know how this works: take chances, make mistakes, get messy. Custom ROM afficionados will be happy to know that ROM devs can now dive into the new One M8 hardware with reckless abandon, and custom ROMs should be showing up at the usual forums and sites soon.

[Weekend Poll] Did / Will You Buy One Of The New Samsung Gears?