Take note, video app developers: your Android app should have Chromecast support by now. It just makes things so much better for everybody. Video site Dailymotion knows where it's at, because the latest version of the beta app in the Play Store can now stream to the Chromecast. Better late than never, huh?

Other than Chromecast support and the usual bugfixes and performance tweaks, there doesn't appear to be any other significant changes to version 4.1. Casting videos works in the usual way, just tap the Chromecast icon and select the unit you want to use. The app allows you to make the connection even before you select a video, so you'll be able to watch your content uninterrupted.

After a brief test the beta version of Dailymotion seems to be pretty solid, so expect to see Chromecast support added to the standard version soon. Want in on the beta? Join this Google+ community, then head to this Play Store link and enable the beta version for your Google account. 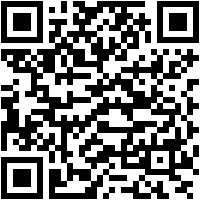