Geek.com is back with another round of leaked screenshots. We shared the reported experimental Gmail images last week, which showed a radically different interface from the one we've grown accustomed to. Those images, and these new ones, allegedly come from early test builds, so whether they reveal much about Google's future plans remains to be seen. Nevertheless, here are the new calendar screens, the last of which shows the name "Timely" at the top, apparently Google's internal name for the Calendar app that ships pre-installed on devices. 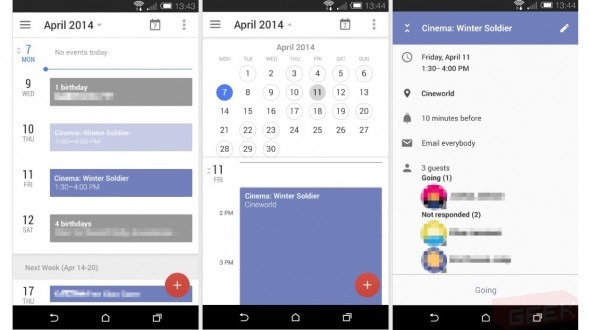 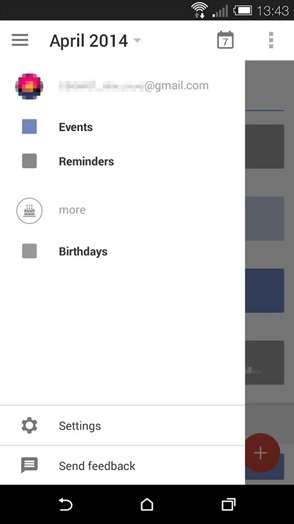 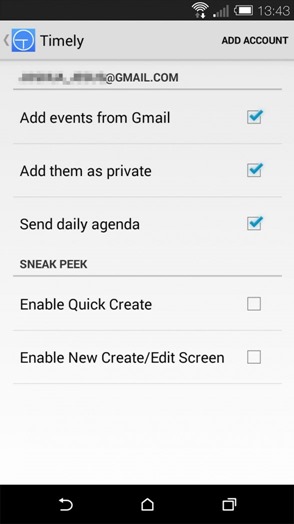 As we can see from the screens, this experimental build does away with grids and a grey color palette, replacing them with plenty of circles, flatness, and lots of white. Geek.com reports that the app switches from month-to-month using a parallax scrolling effect, tossing up a header image akin to those provided on the Chromecast home screen.

Functionality-wise, the app contains a new daily agenda feature, where instead of having a list of your individual appointments sent to your inbox, you can get a presentation of the day's events. The app will also pull birthdays straight from Google+.

The experimental build is apparently fully functional and could be ready for release, but there's no telling when, or if, Google will pull the trigger on this new design. That said, Google I/O would seem like the best time to do so.

Rumor: Google Now Will Soon Detect And Remind You Where You Parked [APK Teardown]