Welcome to the latest entry in our Bonus Round series, wherein we tell you all about the new Android games of the day that we couldn't get to during our regular news rounds. Consider this a quick update for the dedicated gamers who can't wait for our bi-weekly roundups, and don't want to wade through a whole day's worth of news just to get their pixelated fix. Today we've got an arms trade simulator, an interestingly Spartan racer, and a new take on space opera from Tin Man Games. Without further ado:

If someone made a game out of the movie Lord of War, it might look a lot like this. You're an arms dealer, and it's your job to stoke the fires of international unrest into a conflagration of conflict, so that you can sell weapons to both sides. The game itself is something of a military balancing act: you have to make sure that neither side gets too powerful so you can keep that profitable war going for as long as possible. Interesting gameplay elements include media and government manipulation and randomized war variables.

A war between two nations is imminent. There is opportunity to make profit out of the incoming war. War Agent is a high score, fast paced resource management game that puts the player in the place of a war profiteer. The game explores the world of war profiteering and how greed can lead to unforeseen consequences on a global scale.

● A wide array of weapons including armored vehicles, aircraft and missile launchers
● Complete in-game interactive tutorial
● Complex government and population system that gets affected by the ongoing war
● Ability to bribe or eliminate the government
● Ability to fund the media to influence the population
● Witness real time consequences of war on the population
● More than 10 different random events
● Immersive sounds and music
● 33 different achievements Impossible Road is an interesting mix of the old marble puzzle games and an endless runner. You steer a blank white ball down a virtual path using nothing but taps to the left and right, with a deathly void awaiting on either side of the titular road. You can't deny the monochromatic style of the game; with an incredibly simple set of assets, the developers have managed to cultivate a sense of speed and weight. If you're that one guy who actually likes the Rainbow Road levels in Mario Kart, give this a try.

Guide THE VESSEL down the roller coaster-like track at speed, scoring for each gate you make it through. Navigate hair-pin bends, jumps, banked curves and adverse camber in the quest for the perfect line. And when you learn how to cheat the game, and you discover that it is rewarded not punished, the leaderboards will belong to you. Touch the left side of the screen to turn left, touch the right side of the screen to turn right. At first Starship Traveller looks like just one more entry in Tin Man Games' long line of Choose Your Own Adventure-style RPG titles. And it is, but the sci-fi setting allows this particular game to expand beyond basic text. In addition to following the Trek-inspired story, you can move at will throughout an expanding universe and recruit completely customizable crew members for your ship. The game is a hefty $6, but for fans of Mass Effect (at least the story part), it might be worth it.

Steve Jackson and Tin Man Games present Starship Traveller - an adventure of the far future in which YOU are the hero. Sucked through the appalling nightmare of the Seltsian Void, the starship Traveller emerges at the other side of the black hole into an unknown universe. YOU are the captain of the Traveller, and her fate lies in your hands. Will you be able to discover the way back to Earth from the alien peoples and planets you encounter, or will you and your crew be doomed to roam uncharted space forever? 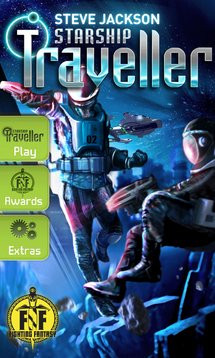 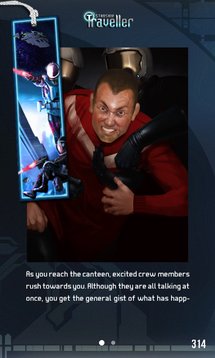 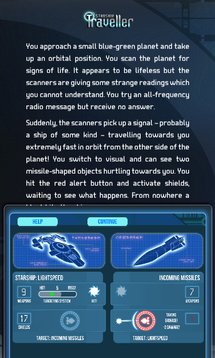 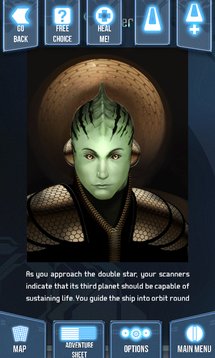 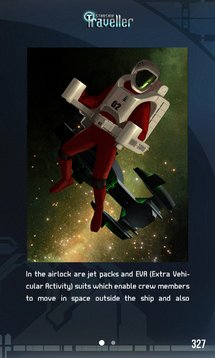 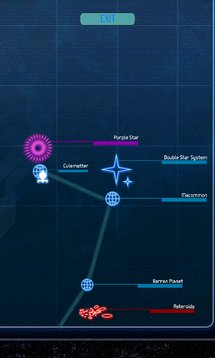 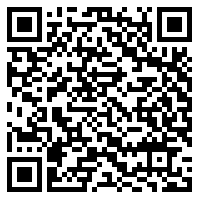