The cellular network business is one of the most competitive in the world, but it's also one of the most lucrative, and it's only growing. That being the case, it's not surprising that American telecom giant Comcast may be looking into entering this hotly-contested market. According to a report on The Information, Comcast is hoping to use its huge userbase of home Internet customers to create a combination Wi-Fi and cellular network, competing directly with carriers like AT&T, Verizon, Sprint, and T-Mobile.

Comcast officials recently told people outside the company that it was considering a mobile phone service, which would rely on a combination of Wi-Fi and leased capacity on cellular networks... A recent report by New Street Research estimated that U.S. cable companies could price Wi-Fi-based mobile phone service at a 25% discount to existing wireless carriers and still generate profit margins well north of 30%.

Those who keep up with the wireless industry know that this hybrid Wi-Fi + cellular system already has at least one adherent in the US: Republic Wireless. The small independent carrier uses Wi-Fi networks for both calls and data when available, then switches to airwaves leased from Sprint when the user is outside of Wi-Fi range, and offers rates well below the norm for cellular service. Comcast could do something similar, especially if it targeted its own home and business Internet customers, essentially getting them to pay a little extra to leave conventional cellular providers and use Comcast as a Mobile Virtual Network Operator (MVNO) when out of Wi-Fi range. Comcast also owns over a million public Wi-Fi hotspots that could be used in the same manner. 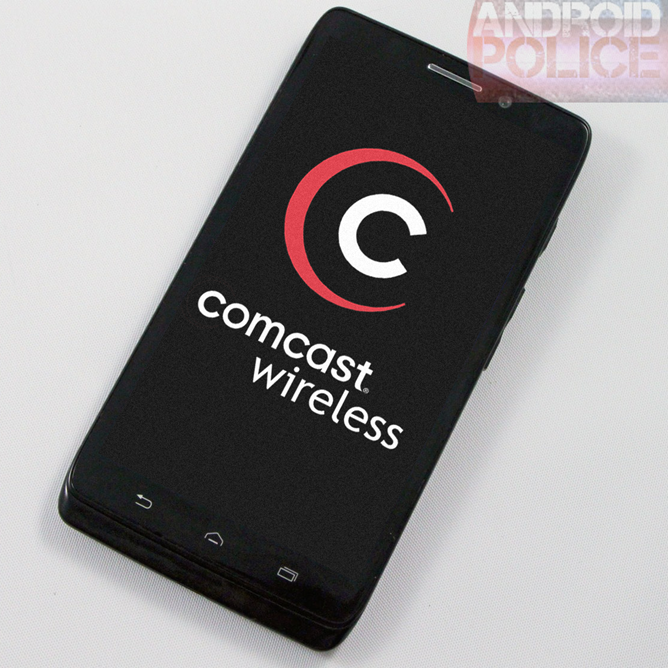 But Republic Wireless is a startup, and poses no real threat to the Big Four wireless carriers at the moment. Comcast is the largest cable Internet provider in the United States, and while it's not quite the industrial giant that AT&T and Verizon are, it could offer rates well below those paid by current cellular customers. According to The Information, a Cisco report states that 57% of all data sent to mobile devices was already going over conventional Wi-Fi networks last year. Combine that with the usual bundling system of home phone, Internet, and television service, and you've got a potent potential for profit.

So why would any self-interested cellular network agree to undercut its own business model by leasing phone and data traffic to Comcast? At least one of them may already have done so: Comcast and some of its cable contemporaries have already given up some wireless spectrum for the right to low-cost access to Verizon Wireless airwaves.

Three years ago, Comcast, Time Warner Cable and Cox Communications—the nation’s three largest cable operators—reached a deal with Verizon Wireless to give up control of certain airwaves in exchange for the right to buy access to Verizon’s network at wholesale prices. The deal allows the cable companies to lease space on Verizon’s 4G network to handle any traffic that isn’t carried by their Wi-Fi networks.

If Comcast wants to enter the wireless business, it may have to leap over more than technical hurdles. Comcast isn't a popular company to begin with, thanks to the semi-monopolized way that cable Internet companies control exclusive territories in US cities. And its current efforts to buy competitor Time Warner Cable for $45 billion has made it a possible target for a regulatory block - the deal will go before a Senate Judiciary hearing tomorrow, and it could still be shut down by the Justice Department.

Comcast would enter the wireless market as a new competitor, so there probably wouldn't be any significant regulatory issues. That said, the company already has its hands in both the content (it owns NBC Universal) and delivery cookies jars. Competing directly with mobile networks, which themselves aren't exactly regarded as pro-consumer, would make a lot of people uncomfortable.

[New App] Sony Releases Lifelog App Into The Play Store, The Companion To Its New SmartBand ...