Pocket-lint has gone hands-on with a prototype version of the upcoming Android Wear-powered LG G Watch, sharing some photos in the process. Judging from the press image released with the product announcement, we could already see that the accessory would be square and come without buttons. These vivid, up-close photos confirm this. Aside from that, we see a device that looks like a flatter, more subdued version of the Pebble. Unfortunately, none of the images show the screen on or reveal anything about what the final user experience will be like. 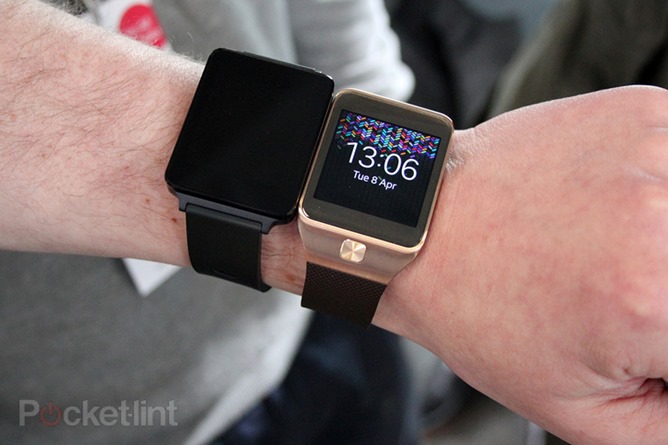 Like the Pebble, the strap will be replaceable. Aside from that, LG hasn't said too much, though it did confirm with Pocket-lint that the watch would launch before July in the UK for less than £180. It may not be as captivating as the Motorola Moto 360, but you can bet it will be a more affordable product. That alone makes it worth keeping an eye on.

Hit up the full hands-on below for more pics.

[Update: Winner] Win A Samsung Galaxy S5 Or HTC One M8 (Winner's Choice) From UpgradeSwap And ...