Back at this year's Mobile World Congress, Sony unveiled its new SmartBand SWR10 activity tracker (like everyone else) and a Lifelog app to go with it. Together, the pair will be able to track your location, activities, and certain social data. Sony still has the SmartBand listed as coming soon on its site (despite Newegg showing it as in-stock and the accessory being temporarily available on Amazon last month), but the company has now released the Lifelog companion app into the Play Store.

The app is currently limited to the Xperia Z2, Xperia Z Ultra, Xperia Z1, and Xperia Z1 Compact. Sony says broader compatibility will arrive in the weeks ahead, and hopefully so - otherwise this tracker is already at a disadvantage against more established competitors such as Fitbit and Jawbone, regardless of its extra features.

That said, the band and app do function as more than glorified pedometers. This band can vibrate for phone calls and text messages and be used to control music playback. Sony especially emphasizes the ability to set "life bookmarks," little reminders to review photos, music, or other activity for a designated point in time. 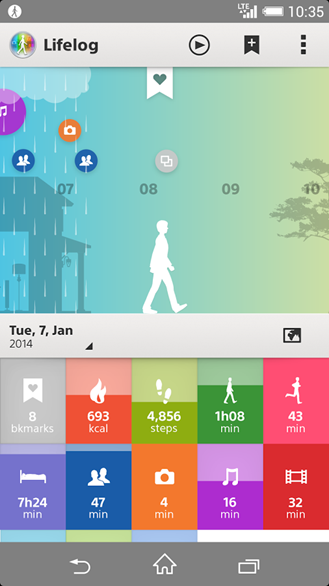 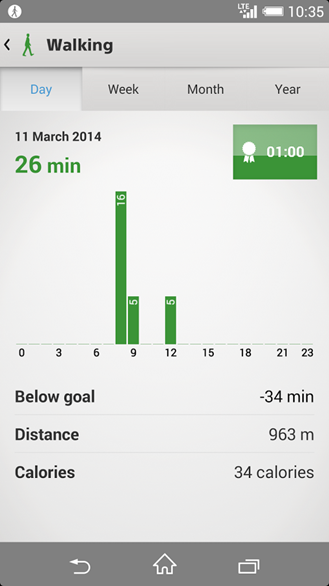 We don't know when to expect the SmartBand SWR10 for wide availability, but you can hit up the Play Store listing below to familiarize yourself with the software in advance. 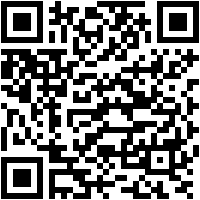 Report: Comcast Is Looking To Use Wi-Fi Networks To Enter The Wireless Carrier Business