Everyone who uses Netflix on Android will be getting the latest update to the official app, but only those who use the popular service with Google's Chromecast streaming device are likely to notice what has changed. According to the official change log, the 3.3 update adds an "enhanced second screen experience" and "playback optimizations," and nothing else. That seems to mean a few UI changes to the Netflix Chromecast streaming interface. 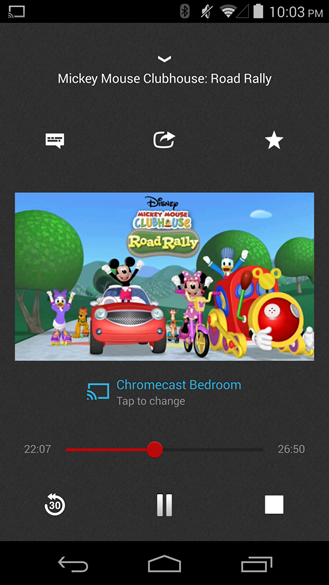 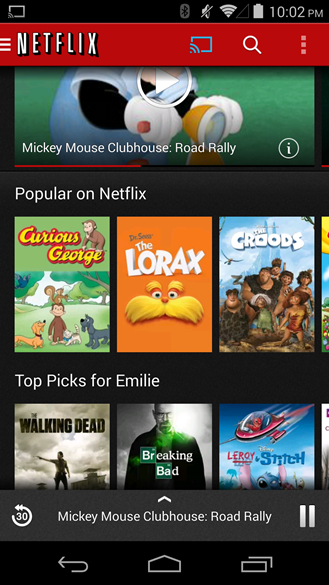 Old below, new above. 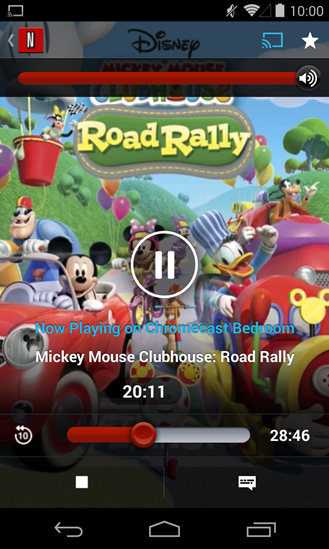 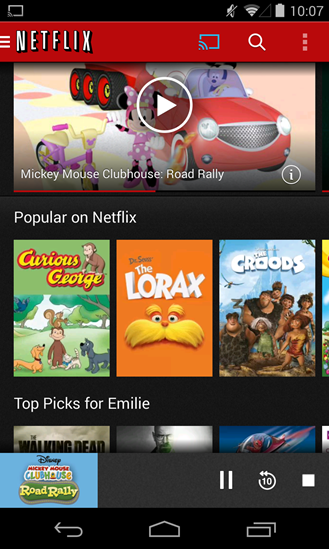 Specifically, the Chromecast interface now has a more boxed cover art for whatever movie or episode you happen to be playing, mirroring the UI that appears when you're playing something on your phone or tablet itself. Tap the "down" button and you'll go back to the standard browse view, with the active movie or episode continuing in a "now playing" ribbon at the bottom of the screen. It's a title instead of an image view (which should be better for quickly seeing content) and the full stop button is gone. The rewind button is now 30 seconds instead of 10. Presumably those changes have been made after some testing and/or feedback.

That's about it - if there are any more significant changes in the latest version, we can't find them and Netflix isn't saying. Subscribers can download and use the app for free.

Note: We previously has the old and new interfaces mixed up. Sorry for any confusion.

Google Has Enabled Casting YouTube Live Streams To The Chromecast, But Only From The Desktop ...