A multicolored lamp that's controllable via an Android app isn't a new idea. Neither is a Bluetooth speaker, or a specialized USB device charger. But combining them all together seems like a pretty nifty approach, and more than 400 Kickstarter backers would seem to agree. The Luma lamp, which combines the features of the Phillips Hue and similar multi-color, connected lamps, a Bluetooth speaker, and a basic charger, has reached its $55,000 Kickstarter goal with almost a whole month left in the campaign.

The "million color" multi-colored light can be controlled with the Android and iOS app, which also allows the Luma lamp to be used as a gigantic notification light and to turn on when you're in proximity to the device. The basic design uses an old-school touch sensor in the base for an on/off switch. The wood base also holds both a Bluetooth speaker and microphone for music and hands-free calls, and multiple Luma lamps can be paired together for stereo output. The USB port on the back puts out 2.1 amps of energy, allowing it to charge most devices, and a notification LED lets you know when power is flowing. The basic idea behind the Luma lamp is to combine all the things that you need on your bedside table into one device. 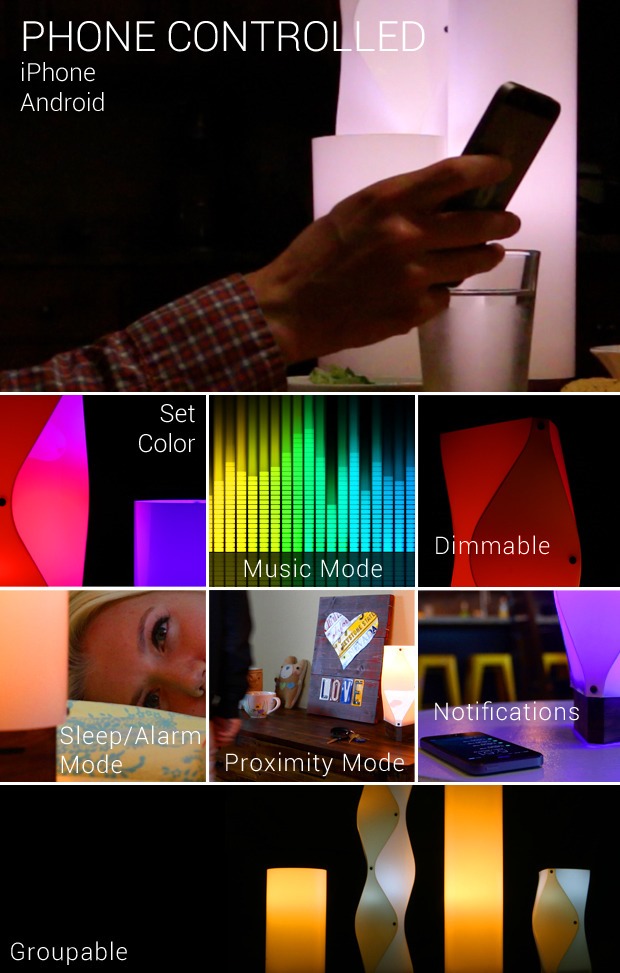 There's more than three weeks left in the Luma Lamp Kickstarter campaign if you want to get in on the ground floor. $89 will get you one of the smaller lamps, while a $99 early bird special will get you the taller version. $155 gets you two lamps, and $189 upgrades both of them to the tall model. More extravagant levels of funding grant access to customized lampshade designs.

Unfortunately the delivery of the lamps isn't scheduled until September of this year, and at this point it would be almost foolish to expect any crowdfunded campaign to deliver on time. Still, if you think the Luma lamp is a solid idea, send a few bucks towards the creators - they will certainly be more expensive when they come to the general market.