Recently, NVIDIA announced SHIELD's biggest update yet – a slew of new features and the bump to KitKat are currently rolling out to the handheld gaming system. For those who may not have seen the news, here's a quick recap of what's present in the roughly-465MB download:

As you can see, the bulk of the new stuff has to do with GameStream, and it seems that NVIDIA is delivering exactly what SHIELD owners have been asking for, namely with remote GameStream and keyboard/mouse support.

I've been playing (quite literally) with this update for the past couple of days, and I have to say, I'm thoroughly impressed with what NVIDIA has done here. Remote GameStream works exceptionally well on any reasonable Wi-Fi connection, and all the other additions packed in here are just the icing on the cake. 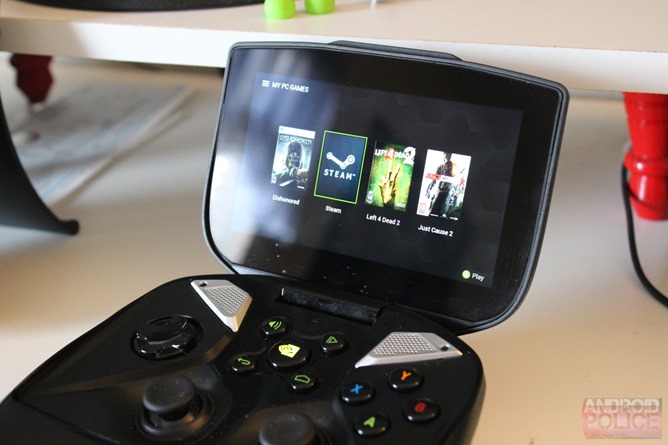 NVIDIA released GameStream last year, which gave users the ability to play PC games on SHEILD as long as it was on the same 5GHz Wi-Fi network as the PC in question. That's cool and all, but gamers wanted more – the ability to stream PC games from anywhere, not just on the other side of the house. After a lot of work, NVIDIA is delivering that, although it's still in beta. This makes sense, as there can be quite a bit of set up here, and the amount of varying hardware components across users' home networks is mind-boggling. As you can probably imagine, trying to support every possible provider/router combination is nearly impossible – thus, the complexity of setting remote GameStream up on your own network could vary dramatically.

You'll need the latest version of the GeForce Experience in order to use Remote GameStream.

With that little disclaimer out of the way, let's talk about the set up experience. My home network is one of the most convoluted, pain-in-the-ass setups I've ever encountered, mostly because I have both a modem/router combo (AT&T Uverse) for one side of the house, along with an access point and ASUS router on the other side of the house. I have a total of four wireless networks running, which helps to balance the amount of devices running across the entire house. I use the Uverse modem's default network for certain non-work related things, while the ASUS does all the heavy lifting for most of my daily needs. It runs the network that handles all of my Android devices, including SHIELD. It's also the network that my laptop and desktop PCs are on.

So, right out of the gate, a little work was required to get GameStream working. It wasn't a terribly difficult process, just editing some router settings and setting up port forwarding. I actually had some other issues so DMZplus came into play here, but I can't help but feel like I'm the exception in this regard – most users should be able to use the basic port forwarding setup and get everything up and running in a matter of minutes. In fact, NVIDIA's GeForce Experience does a lot of the set up for you on the PC side.

With everything up and running, I decided to throw the most temperamental scenario I could think of at SHIELD: streaming a game over a tethered connection. Where I live I only get one bar of AT&T LTE most of the time, which is pretty weak (yes, I still base my connection strength by "bars;" don't judge me). GameStream fired right up, connected to my PC and gaming commenced. I was pretty blown away at what followed: a playable game. I was streaming a game (Dishonored) from my PC to SHIELD all while running on a tethered connection from my phone.

There were parts of the game where it struggled to keep up a little bit – like during intense fights when a lot was happening on-screen. Fortunately, NVIDIA added a feature to the all-new Tegra Zone that allows GameStream settings to be manually tweaked for the best experience. While a reasonable connection (5Mbp/s or higher) is still essentially required, this setting really helps in making remote GameStream a usable feature on SHIELD. Like I said, I was able to play on a tethered connection. I'm still pretty much blown away at that. So go ahead, kick it at your favorite coffee shop and get your game on. It shouldn't be a problem on any Wi-Fi connection worth its salt.

The Tegra Zone is NVIDIA's one-stop shop for all your SHIELD (or Tegra gaming in general) needs. It's where you'll find all the latest Tegra titles, check out Tegra news, access all currently-installed games, and fire up GameStream. And with the latest SHEILD update, it's all new. It's been completely redesigned to be more useful and organized, which makes everything far easier to parse.

It also serves as the central hub for managing all GameStream-connected PCs, as well as all related GameStream options. It's broken down into categories – Shop, News, My Android Games, and My PC Games – along with search and settings entries. Most of these sections are pretty self-explanatory, though the settings menu is essentially just there for GameStream stuff. This is where you'll find all currently-connected PCs, along with advanced options for streaming quality and the ability to manually add a new PC by IP address. The latter comes in handy if you have to do more than the basic set up, so I'm glad that option is present. 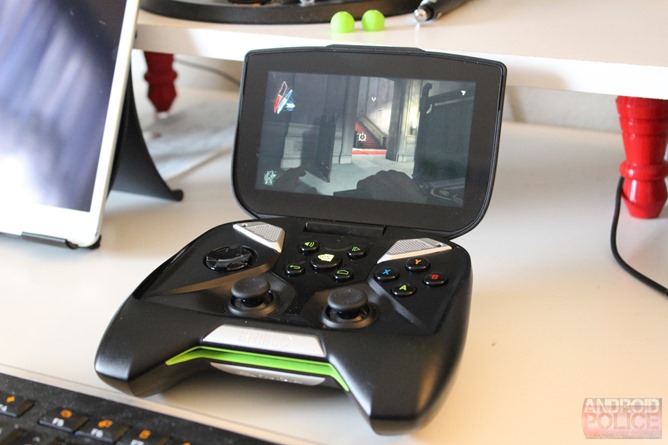 While that's the meat and potatoes of the update, there are other tidbits here and there: KitKat, keyboard/mouse support, the ability to add any game to the GameStream library, and a new version of GamePad Mapper. Here's a quick rundown of those.

That's pretty much it

I just want to say that I love what NVIDIA has done with SHIELD; namely, listen to its users. Up to this point, essentially everything that SHIELD users have asked for, NVIDIA has delivered on, and that's huge. The user experience has gotten so much better over the last nine months, and it's very apparent to me that the SHIELD team really cares about what people want.

With the price down to just $199 for the rest of the month, there's really no better time to give SHIELD a shot.