We've reviewed many Bluetooth speakers here at AP (I myself have penned many of them), but I'm not sure we've ever taken on anything like the Sound Rise from Soundfreaq. It's an inherently different sort of speaker, as it's really more than just a Bluetooth speaker – it's a Bluetooth alarm clock.

I'd like to think there are two kinds of people in this world: those who use their phone as an alarm clock, and those who have a more traditional buzz buzz buzz alarm clock. The Sound Rise, in my opinion, is the perfect combination of the two options. I personally can't stand being woken up by a jarring beep or eeenngghhh sound, but my phone oftentimes isn't loud enough to wake me. Soundfreaq is offering a really well thought-out and executed solution to this quandary with the Sound Rise, which easily bridges the gap between old and new – and sounds great doing it. 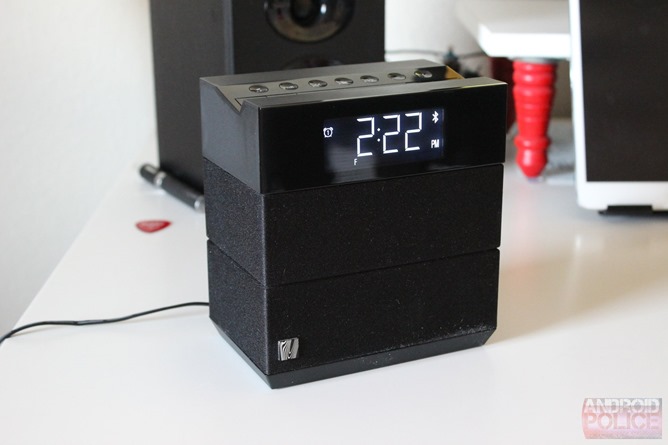 If you remember the Sound Spot, then you basically already have a good idea of what to visually and functionally expect from the Sound Rise, as it's essentially a bigger brother to the Spot. My review sample is a sleek black unit, though taupe/white is also available. The front of the speaker is covered in a soft, cloth material (whereas the Spot has an actual speaker grill) – this makes sense, as the Rise isn't meant to be portable, but rather an always-plugged bedside unit.

The upper part of the front is where the large LED display is located; it shows time, alarm status, current connection (Bluetooth, FM, or auxiliary-in), and day of the week, which is represented by a letter. The display has six different brightness levels – including completely off for those who wish to sleep in total darkness – each of which is toggled using a small button on the back of unit; there's even small bump just below said button that helps users find it in a dark room without having to visually look for it. It's the little things like this that really show how much attention went into crafting the Sound Rise. 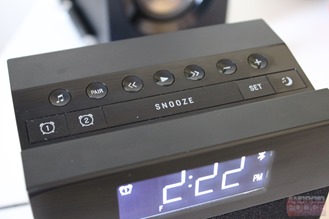 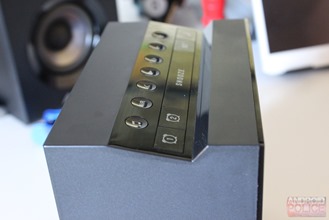 The top of the speaker is where you'll find all the appropriate controls: input source, a pairing button, track and volume controls, alarm 1 and 2 toggles (which can be used to set different weekday/weekend times), a large snooze button, a programming button, and a sleep timer that can be set to 15,30, 60, 90, or 120 minutes. That's all pretty cut-and-dry, but the design here is probably the most notable part of the speaker. The top of the unit has a sort of "ledge," with the snooze and alarm buttons thoughtfully placed just beneath. This actually guides your fingers directly to the snooze button without even looking, making it very easy (maybe too easy?) to grab an extra five or ten minutes of sleep. If you're the up-at-the-first alarm type, then it's equally as easy to hit the appropriate alarm button, which must be held for two seconds to dismiss the alarm. It's all quite intuitive and really well thought-out, which is great while in a half-awake state.

The back of the unit is where all the additional features are found: a USB-out for devices charging (a very nice touch, in my opinion), aux-in, antenna port (for FM radio), the aforementioned dimmer button, and a tone button. It may not be entirely clear what the latter does at first, but it's basically an on-board EQ. The settings – flat, warm, and bright – are subtle tweaks which live up to their names, but we'll get more into that later. 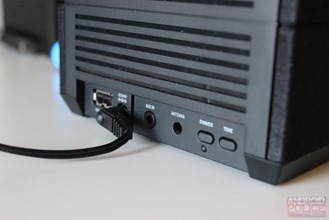 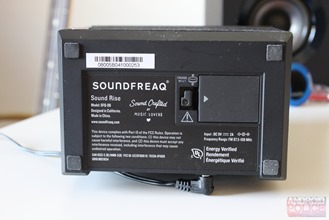 Lastly, there's a compartment for a battery on the bottom of the unit, which is used for backup in case of a power failure or blackout – you know, just like a "traditional" alarm clock.

So, let's talk about how it actually works. Set up and programming is all cut and dry – it's programmed like any other alarm clock. But the actual functionality is really cool. Let's say you have alarm 1 set to use Bluetooth at 7:00AM Monday thru Friday; when the time comes, it'll automatically connect to the phone and fire up the most-recently played song (it essentially just hits "play," which will trigger the most recent app/song). When you hit snooze, it pauses the music for either 5, 10, or 20 minutes (user-defined), then starts playing again. Once the alarm is disabled, it automatically disconnects from the phone. It's absolutely brilliant – you never even have to think about anything other than ensuring a reasonable wakeup song is selected on the device.

This is actually where I think an app could go a long way – a way to communicate with the Rise to define certain things, like exactly which track to play. Then you wouldn't even have to think about setting the track each night, as everything would basically be on autopilot. Also, the ability to set alarms and such from the phone and send that info back to the Rise would be awesome. Maybe sometime in the future that will happen – I see no reason why it couldn't.

In a normal situation, the Rise auto-connects to the Bluetooth device, but what if that device isn't available for some reason? No worries, the Rise will sound its own internal alarm instead – a slightly more pleasant version of the "beep beep beep" we've all grown to... hate. Still, it's not jarring, so at least you won't wake up in a rage. Of course, you can also use auxiliary in or FM radio, but who wants to do that?

Lastly, I want to point out what a good idea it was to put a USB charging port on the back of the device. With the Rise, your alarm clock and phone charger become one, thus eliminating the need to use two outlets behind the nightstand. 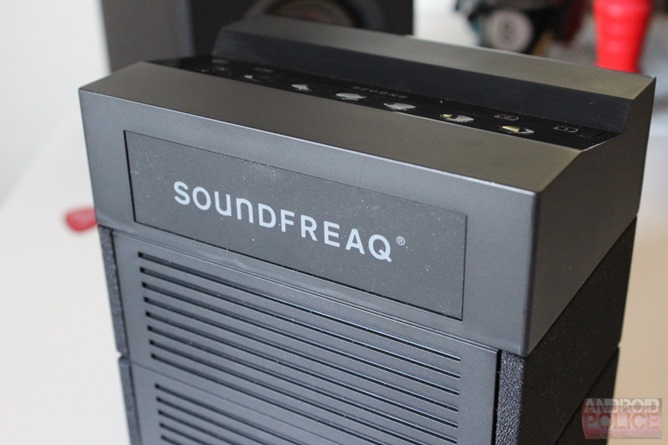 Since this is also a very useable Bluetooth speaker, sound quality discussion is an absolute must. Let's just get it out of the way right now: it sounds damn good. I'm genuinely impressed with the amount of deep, rich sound Soundfreaq is able to coax from such a small box. It's interesting to note that there's only one speaker in the Rise (as opposed to two, which is the norm for most Bluetooth speakers) – according to Soundfreaq, this allows for "better sound and deeper bass in a smaller package." I believe it, because the Rise is very well-rounded.

Like I mentioned earlier, there's a "tone" button on the back, its function not unlike the same feature on the Sound Spot. Basically, it internally tweaks the speaker to provide a slightly different sound profile: flat, warm, or bright. The warm settings has deeper bass and more muffled highs, the bright setting lowers the bass and emphasizes the highs, and the flat setting is a good combination of both. I found the flat setting to be the best for what I listen to (rock/metal), but they all sound good. Like I said, they're really subtle.

The Rise has a really big, bold sound overall – it easily fills a room. It's fantastic to wake up to such excellent sound quality, and even better that it can carry over into other parts of your day. 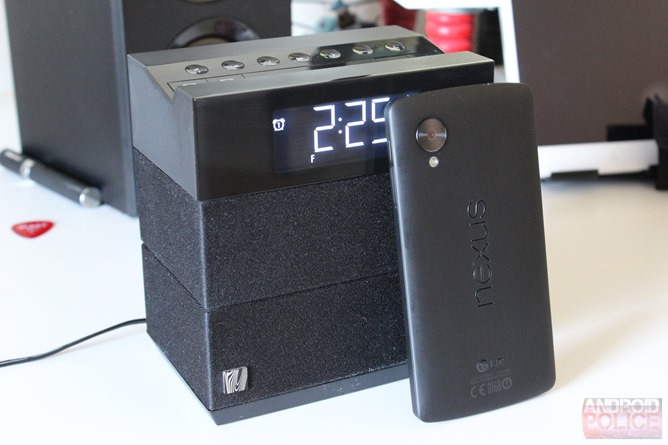 For $70 (Black)/$80 (taupe/wood), the Sound Rise offers the most bang-for-your-buck that I've seen in a while. It's a fantastic-sounding home-use speaker and an alarm clock all in one. Sure, it may not be portable, but there are a slew of portable options on the market, and I feel like the Sound Rise is in a league of its own at this point. If you're looking to replace your tired old alarm clock (or just looking for a more pleasant way to wake up), then the Sound Rise is your answer.