Pressy tore it up on Kickstarter last year, eventually raising $695,138 of its original $40,000 goal. While backers have been eagerly awaiting delivery of the almighty Android button, Chinese OEM Xiaomi is trying to sneak its own version onto the market first. Xiaomi's Hugo Barra (formerly of Google) posted an image of the gadget on Google+, and the Pressy folks are not pleased.

If you're not familiar with Pressy, it's a tiny button that plugs into the headphone jack and can relay button presses to an app that triggers actions. For example, taking a screenshot or launching an app. It was originally scheduled for a March release, but that has since been pushed back to April. The unnamed Pressy clone from Xiaomi first surfaced a few days ago, but it's starting to get some recognition now – it will probably be for sale April 8th and could cost less than $1 (in Asia). 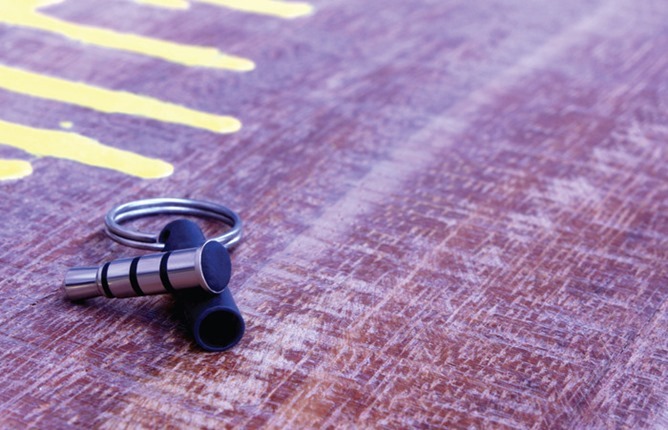 Pressy developer Nimrod Back has reportedly been made aware of the situation and points out that they have IP rights to the design and functionality of Pressy. It looks like legal action is going to happen here. After all, this is a pretty blatant rip-off of Pressy. In the meantime, if the mid-April delivery date for Pressy was in danger of slipping again, this has probably provided some motivation.