If there's one thing we hear time and again about Android, it's the F word: fragmentation. While it's largely just an annoying word used to get under the skin of Android fans, I think in at least one respect, it's been a valid criticism: the wildly varying experiences Android users have with the post-purchase support and software on their handsets. Now, it's equally correct to say that's not really Google's fault, nor its responsibility - OEMs are the ones dropping the ball in a lot of respects here, and I totally agree with that! Still, it has been an inarguable thorn in the platform's side for years now, one that critics enjoy relentlessly harping on as compared to the "unity" and consistency of, say, the iOS experience, where Apple controls all.

It seems, though, that Google may finally be trying to do something about the support and software experience pitfalls some buyers have been unfortunate enough to go through after purchasing an Android handset, and that something may be a project known as "Android Silver" (this may just be an internal name, not the actual planned branding).

I'd give this rumor a 6/10 - the information at play is a little old, and the slides we're working from are definitely a little scant on the finer points of this whole 'Android Silver' project. That said, we are confident in the source of the info, so we know Google was at least taking this project seriously enough that it was allegedly being shown to other Googlers.

This rumor is based on slides from the end of last year - Google's plans often change, and we cannot be 100% certain of the reliability or accuracy of any of the following. That said, we are confident our source is legitimate, and that in some capacity, Google was or is planning something like Android Silver, as you can plainly see in the images at the bottom of this post. As you know, however, Google sometimes cancels, delays, or reworks projects, so whether Android Silver will ever come to be, or if it will come to be as described here, is still very much up in the air.

The Rumor: What is 'Android Silver'? 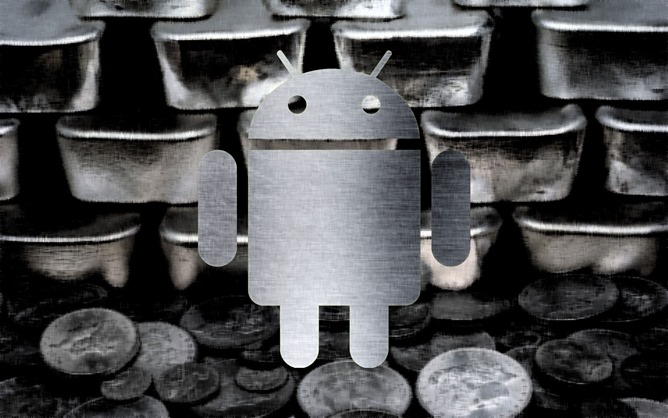 Android Silver appears to be an attempt to unify the sale and support experience of specially-selected Android devices - devices Google will pick at its sole discretion. To qualify for Android Silver status, a handset must "run the latest version of Android with no or very limited customizations," (emphasis ours) and only 5 such handsets will be selected by Google for Silver status at any given time. These devices will not be sold by Google, however - at least not exclusively - this campaign is aimed squarely at carriers.

Carriers must also help all Android Silver customers set up their devices with a Google account, assist in migrating their data from an old device, and complete the first Google Play purchase for the customer (presumably to acquaint users with the idea and process of spending money on Play).

Migrating data from an old device would seem to be a goal similar to what Motorola's done with Migrate - customers must be able to pick and choose what they wish to transfer, and Google is demanding a "nothing-slips-through-the-cracks" guarantee, along with a process that completes in under 5 minutes. This would probably lead one to believe Google is actively working on its own data transfer app specifically to meet those goals.

Google also seems to be rebranding many of the Android Device Manager features as part of something called "Never Lost," as well as adding a few new ones into the mix. "Never Lost" will be able to locate, lock, or rename your phone, suspend your wireless service, keep all your stuff backed up, navigate you to your phone's location, and display your phone's current battery life. Google also refers to a "temporary loaner phone" program, presumably meaning Google (or the OEM / carrier) will supply another Android phone to you for a limited time until your phone is found or you replace it.

Finally, Android Silver buyers will get access to a "hangout assistant" - think Amazon's Mayday button - offering 24x7 live hangouts with Google specialists who can take over your device to help you solve problems. No word if you'll be able to see their faces, so perhaps Amazon will still have that... advantage?

We've gathered this information from a few slides allegedly shown to Googlers, which you can check out below (there's not much more than what I've said here, though). 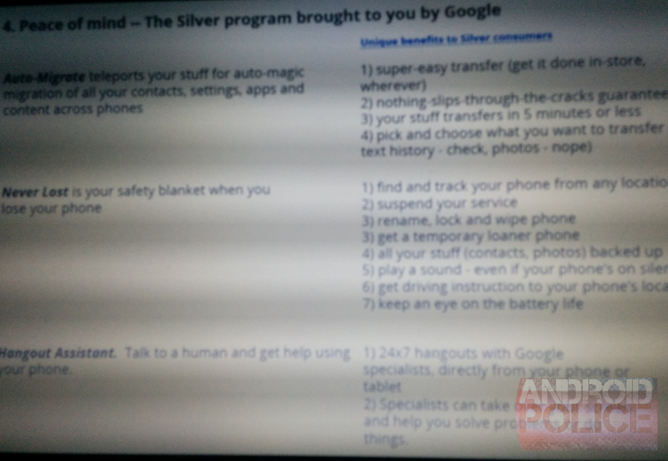 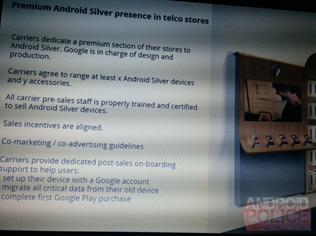 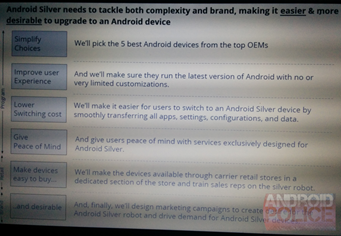 Unlocked Galaxy S5 Pops Up On eBay Daily Deals Early For $699.99, Supposedly Ships Within A Day