HTC has just uploaded the open source bits for several variants of the new HTC One M8. Available for download right now is the Android 4.4.2 kernel source for the Verizon, Sprint, AT&T, and Optus (an Aussie carrier) versions of the device. The Google Play Edition kernel source that was posted then yanked by HTC a few days ago is still no where to be found. Update: The GPE sources are back as well.

Update: Kernel source is now up for Telstra, Vodafone, the unlocked European M8, and various Asian variants. Framework support files have been posted as well. 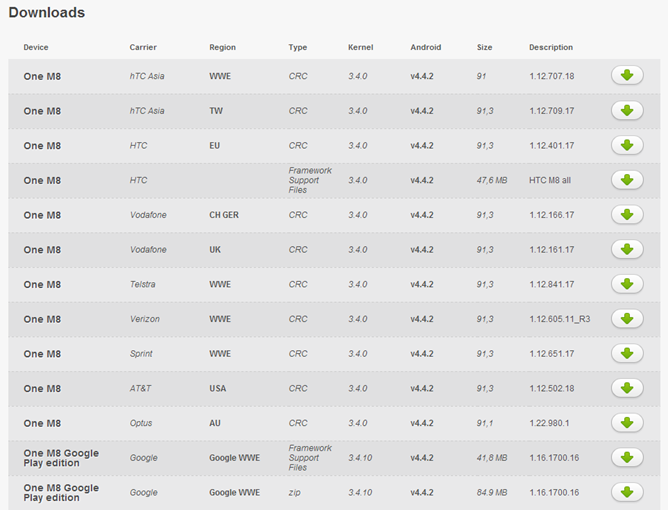 The downloads for all three US versions of the device are 91.3MB in size, and the Optus phone is a little smaller at 91.1MB. These ZIP files aren't going to do the general public much good – they're mainly of interest to app developers who want to optimize for the M8 and those hacking away on custom ROMs for the phone.

You may notice the T-Mobile version hasn't poked its head up yet. That's probably because the magenta carrier hasn't started selling the M8. It's still just pre-registration (not even pre-ordering). At any rate, enjoy the kernel source... if that's the kind of thing you enjoy.