Amazon has made it easy to access its streaming content on a number of living room devices, but now it's finally making a play for your TV with its own box – the FireTV. This $99 black box contains a quad-core Snapdragon 600 processor (1.7GHz), 2GB of RAM, optical out, MIMO WiFi, and 8GB of storage. It runs a heavily modified version of Android as the base of Amazon's new content delivery platform. FireTV will include access to streaming content from Amazon Instant Video, but also apps from YouTube, Netflix, Pandora, Hulu Plus, and more. 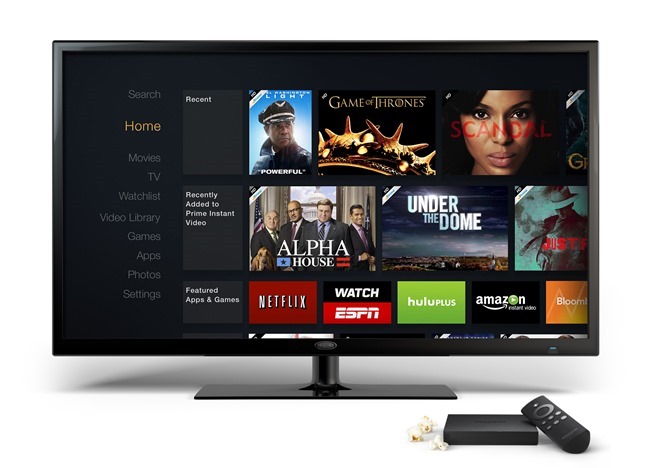 Amazon is stressing the openness of its streaming device. Apparently any video provider that wants to make an app for FireTV will be allowed to. The system will also help users find the best deal on any title with a "best value buy box." Only Amazon's store and Hulu Plus will be supported at launch, which makes it a bit pointless until more rental options are included. FireTV also has some second-screen experiences built around the Fire tablets.

When you watch content from Amazon's ecosystem, the FireTV will be able to pull up cast details using the same X-Ray feature available on the Fire tablets. Photos you have uploaded to Cloud Drive are also accessible on the FireTV. Access to all the content available through FireTV can be restricted with Amazon's parental controls, called FreeTime. 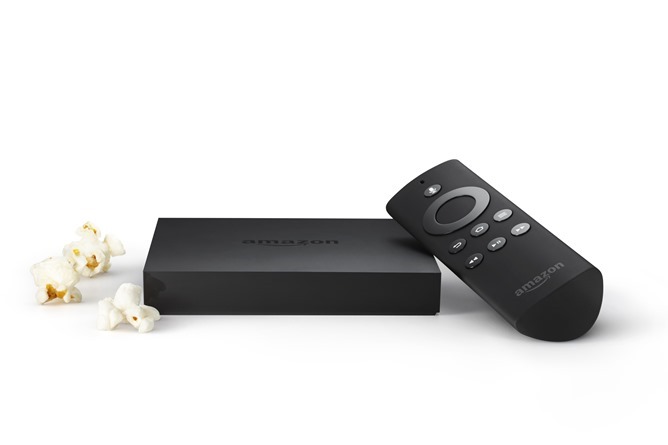 FireTV has an included remote with voice input. Just hit the voice button and say the name of a title or actor to get search results. The other input method is a bit different, but we've seen it before. The leaked Amazon game controller will retail for $39.99 and make the FireTV into a competitor to the Ouya (the remote can also be used to control simple games). The controller includes 1,000 Amazon coins to be spent on games – Amazon claims there will be over 1,000 free-to-play titles in which you can spend those coins. There will also be paid games with an average price under $2. These titles will be Android games that have been tweaked to work with the FireTV and controller. However, it might struggle with only 8GB of storage.

If you want to give Amazon's streaming box a shot, it's on sale right now. It comes with a 30-day trial of Prime and the controller. HDMI cable and game controller are not included.

Rumor: Google Now May Be On Track To Properly Handle 'Timer' Queries (No More Alarms)