Google has been posting versions of most of its first-party apps to the Play Store in an effort to update key features of Android (or at least Google's branded additions to the platform) without having to wait for carriers to push out software apps. According to a report from Engadget, the standard camera app will soon get an upgrade, presumably following the same path. At this point we'll consider this a rumor, since Engadget only cites "sources aware of Google's plans." 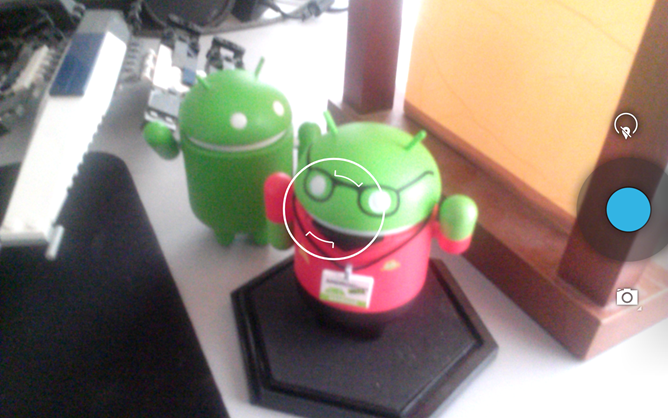 The report says that the updated camera app will include many of the bells and whistles that newer devices are getting, like the fake depth of field effect shown off on the HTC One M8. Other additions include improved panorama assist and Photosphere functions with higher resolution, a tweaked user interface, and a viewfinder that shows 100% of the final photo (a big deal for photographers). But an even bigger and somewhat less believable inclusion is an extension system, allowing developers to add third-party filters to the stock camera app, presumably through the Play Store.

How viable is the rumor? Well, it certainly fits with the decentralized approach that Google has been pursuing over the last couple of years. And with various manufacturers adding more high-powered camera modules and better (or at least more complex) camera apps, it's certainly possible that Google would want to flex its own technical and creative muscles. We'll be looking out for a Google Camera app - Google I/O is coming up in a couple of months, and that would be a pretty obvious venue for its debut.

[April Fools] The Chromecast Is Perfect For Squirrels, May Contain Nuts