Some of the more cynical game reviewers out there (looking at you, Croshaw) have described the standard RPG as a game where you ultimately push buttons to make the numbers go higher. As dismissive as that position is, we've found a game where it's literally true. Widget RPG is a full role-playing game, complete with non-player characters, equipment inventory, and a battle system. But the only way of interacting with the world around your character is by tapping on a homescreen widget like a maniac. 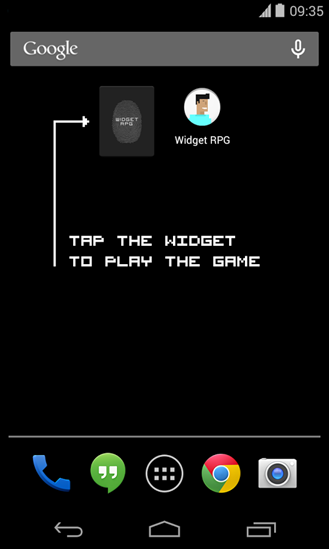 Yeah, that's about it. Install the app, place the widget on your homescreen, then tap the Hell out of that button like it's F5 on Nexus release day. Your character will travel, fight (and sometimes lose), gain experience, and collect items in response to your taps. There's a certain lack of autonomy in Widget RPG's predestined actions, but at the core it technically has, um, progression. There's advancement... of a sort. You tap a button and stuff happens. 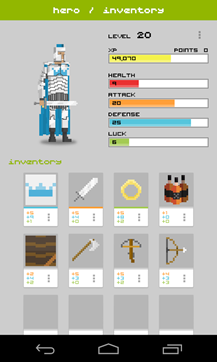 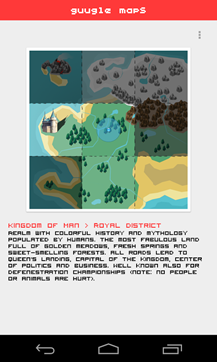 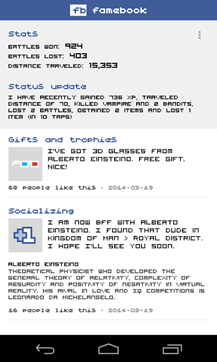 When you open the app directly you get a bit more control. Your character picks up weapons and armor automatically, which you can choose to equip, unequip, or drop. You start off with a rake and an outfit from Old Navy, slowly working your way up to the pixelated equivalent of Daedric Armor and the Dawnbreaker sword. But the real meat of the game, if you can call it that, is in the statistics screen. Here you'll see a log of recent events and a super-simple narrative presented in a Facebook pastiche. 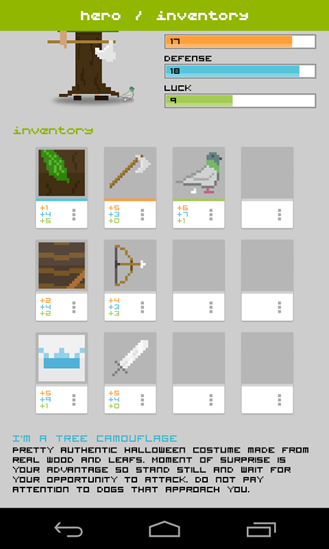 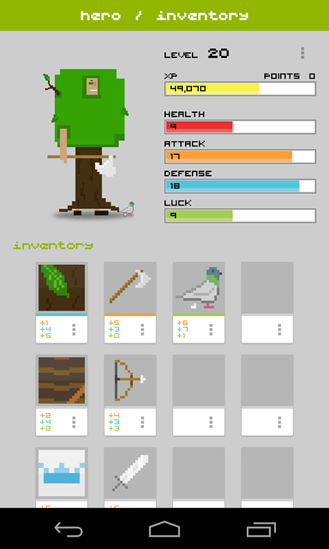 Is Widget RPG really a game? Certainly. Is it one you want to play? Well, I can think of a few obsessive compulsive types who could get some real enjoyment out of it. Widget RPG is a free download, and it includes advertising but no in-app purchases. It is not an April Fool's joke, at least as far as I can tell.