Chromecast apps are popping up almost faster than we can install them, but let's not forget one of the first apps to show us what the Chromecast was capable of doing. Of course, I'm talking about AllCast. Koush's streaming app has been updated with a few goodies, some of which are still listed as 'beta.' 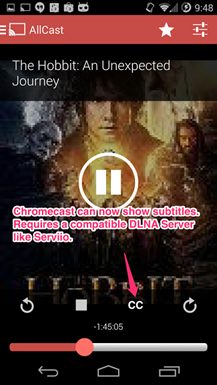 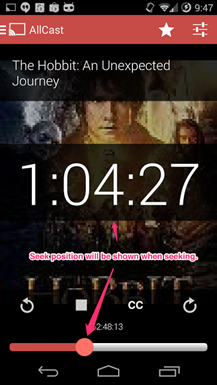 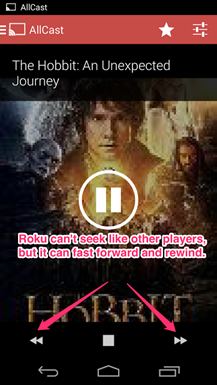 The subtitles are for Chromecast only because Google's streaming stick provides a solid computing platform to process those subtitle files. Other devices would currently need the text integrated with the video, meaning an additional round of transcoding on the device. If you have the Dropbox app installed, AllCast can now stream files directly from that.

Roku playback is a little more consistent now – this box doesn't support seeking, so it just gets fast-forward and rewind buttons. As usual, the new version also comes with various tweaks and bug fixes. It should be live in the Play Store for everyone.

[What Does That Say?] Google Translates Text In Chrome To Emoji For April Fools' Day