While many budget smartphones have come a long way in proving that "affordable" no longer necessarily means "bad" over the past few years (Moto G, anyone?), the budget tablet is still oftentimes a gamble. On one hand, devices like the Nexus 7 provide a fantastic user experience for not a lot of moneydollars; on the other, there are devices like the Snakebyte Vyper that basically verify the saying "you get what you pay for." Of course, some manufacturers – like ASUS, for example – seem to have a better handle on the art of building usable, affordable tablets. Acer has also made somewhat of a name for itself in the budget tablet game, but they haven't all been zingers – the Acer Iconia A100 and A110 both had very lackluster displays, for example. That in itself is really a lesson to hardware manufacturers: it's OK to cut corners in some select areas on a device that's intended to be budget, but the display simply isn't one of them. Never, ever skimp on the display.

With that, we enter the modern-day – a time when most tablet builders should just know what's going to work and what isn't. Acer certainly has plenty of experience at this point, but the real question is has it figured out how to build a usable, recommendable device for less than $200? After using the A1-830 (the exact model is A1-830-1633 for anyone who's curious) for a couple of weeks, I think I'd answer that with a certain "yes." 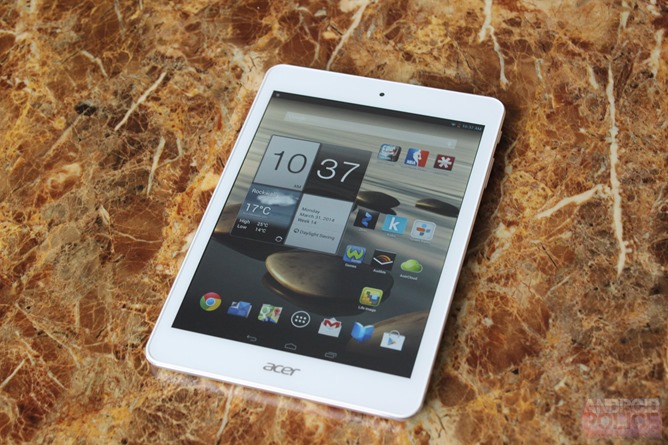 Let's just get this out of the way right now: it looks a lot like an iPad Mini. A whole damn lot. While some users may scoff at that, it's really not that bad, and it actually gives the device a much higher-quality look than its price-point would suggest. Of course, while it looks like an iPad Mini, it certainly doesn't feel like an iPad Mini. For example, the aluminum back simply feels cheaper than the Mini (it actually feels more like plastic to me, but Acer says it's aluminum). That of course takes away from the premium feel that one might want – but let's be honest with ourselves here, you're looking at a $180 tablet. You're not going to get a super premium fit-and-finish for that kind of money. 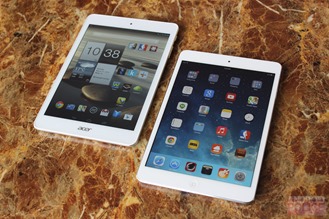 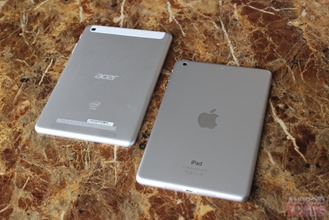 Don't sell the A1 short, however – the build quality is actually pretty solid. The materials used may be lacking in the "premium" department, but Acer did a good job on slapping this thing together in a way that feel nice and sturdy. I like it.

The front is, of course, what looks the most like an iPad Mini, with the exception of an Acer logo where the iPad's home button would be. The unit's microSD card slot, power button, and volume rocker are located on the right side, and both buttons feel incredibly solid and clicky. Clicky buttons are always a good thing.

The top is where you'll find the microUSB charging port – a location that's always baffling to me. I prefer charging ports on the bottom (and assume most others do, as well), but will also settle for the side. But the top? That just feels awkward to me, especially when trying to use the unit while plugged in. The headphone jack is also up-top, but that's not so bad.

One of the primary aesthetic differences between the A1 and Apple's 7.9" offering is found on the back: the top side of the A1 has a white plastic piece that surrounds the camera, a la the MediaPad 7 Lite from a few years ago. It doesn't look awful, but I'm not entirely sure why this design choice was made. Perhaps the only reason for its existence was to avoid the unit being too similar to the Mini, as we all know how protective Apple is of its iconic look. Acer probably didn't want to end up in court over this, so it changed the design up a bit. A smart move overall, though I have a feeling the look may be a bit polarizing amongst potential buyers.

The main thing to think about when making a purchase decision about this device is the display. It's running a 1024x768 panel – which is on par with Apple's first generation iPad Mini – so don't expect the sharpest thing out right now. It's not awful, but there's definitely some pixelation in text and things. It doesn't make it unreadable, but if you want the smoothest possible fonts you can get, you simply won't be happy with the A1. With that said, the viewing angles are excellent for a budget display, and color reproduction is fine for the most part. Overall, I think the display is fine considering the price.

The rest of the device – speakers, camera, battery life, etc. – is basically what you'd expect from a $180 tablet. Well, maybe not the speakers – they actually sound pretty decent. They get loud enough and stay clear for the most part; they are on the back of the device, however, which makes it easy to cover them with your hand while holding the tablet. The camera is... a tablet camera. It takes pictures – albeit not very good ones – and is really just a novelty feature. 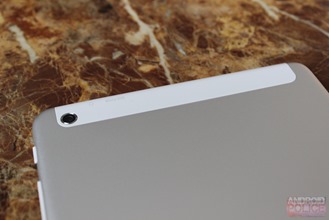 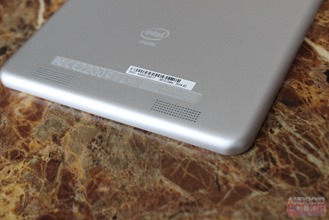 Acer claims the tablet can get "up to" 7.5 hours of streaming video on a single charge, which translates to around 5-6 hours of real-world use (that's screen-on time). It's not enough to get through a full day of constant use, which may be a dealbreaker for some users. If you don't need at least eight hours of screen-on time, however, it should be fine. 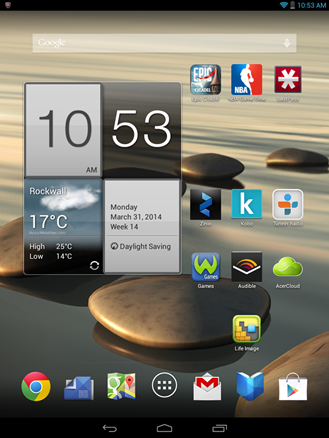 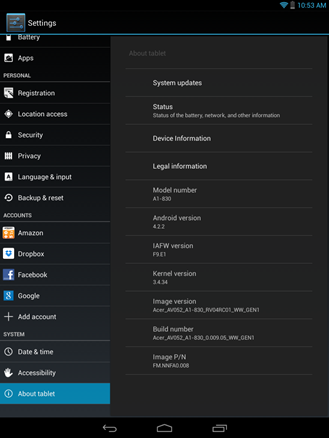 On the software side of things, we're looking at essentially a mostly stock version of Android 4.2.2, which is kind of a bummer. At this point, we'd like to see all new devices will ship with 4.4, or 4.3 at the very least. Considering that Acer isn't the most consistent when it comes to updating devices has me slightly concerned for the device's future – 4.4 would go a long way on a unit like this, and I fear that it'll never get it.

While the primary interface is essentially stock, Acer took the liberty of changing the battery icon (for some strange reason) and loading it down with some bundled software. There's actually quite a bit of that stuffed on this tablet – here's the list:

Yeah, 27 pre-loaded apps. It's not like this is an uncommon practice for Acer (or on budget devices in general, really), but it still sucks.

In the performance department, I'm actually pretty impressed with what Acer is able to offer for $180. It's running an Intel Atom processor (those seem to be popping up everywhere these days, don't they?), which initially made me question how well it would actually perform. After getting it in my hands, however, that was no longer a concern.

Don't get me wrong here – it's not a speed demon by any means. But it putts along with ease through the OS, multiple applications, and basically every game I threw at it, that single gigabyte of RAM be damned.

It does have one weird quirk, however: when typing quickly, every third or fourth keystroke click will be much louder than the others. It's weird and kind of annoying. 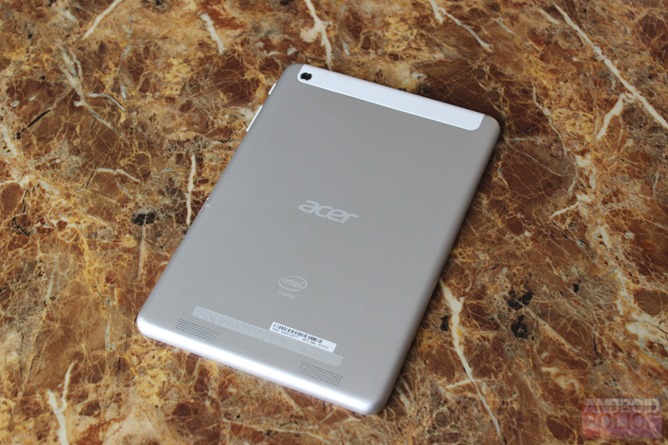 Overall, I think this little Acer tablet is a good value at only $180. Sure, it only has a 1024x768 display, but that's on par with the first gen iPad Mini, and it's nearly half the cost (the original Mini still sells for $300). The performance and build quality are both solid, and it looks good aesthetically. Honestly, this is a budget tablet that doesn't really look or perform like a budget tablet. So, in other words, it's an affordable tablet done right – that's something that many manufacturers simply can't seem to do.

Republic Wireless Gets MotoMaker Tomorrow, Free Wood Back Upgrade For The First 2000 Buyers ...