Most people rely on Amazon, Google, Barnes and Noble, or some other all-in-one ebook service for their digital literary fix, but there is a thriving community of users who prefer the flexibility and lack of DRM that comes with independent reading apps. This has led to more than a few excellent choices in the space, including Readmill, an ebook app dedicated to simplicity and readability. Apparently Readmill users aren't the only ones who were impressed: Dropbox has acquired the app (or at least hired the employees who made it) and the service is shutting down. 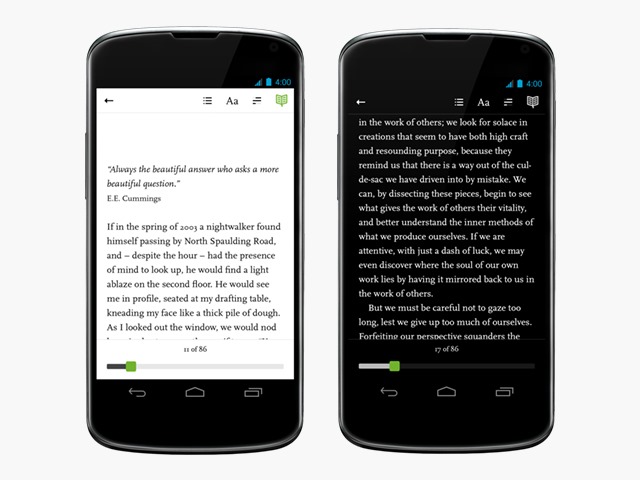 Readmill made the announcement on the company web page, also notifying users that it's now impossible to create a new account for the Readmill app (though you can still go through Facebook). The app will be removed from Google Play and the iOS App Store on July 1st. Users can download all the books and files they've uploaded in their original formats, though getting the link may take some time. Reading statistics and reviews are also available for download, including a CSV file for importing into Goodreads, as well as JSON and XML data for developers.

Readmill isn't saying why the team is joining Dropbox, but it's a safe bet that they'll be tasked with improving the ebook and/or document experience for the popular cloud storage service. Some independent ebook reading apps already use the Dropbox API to read and sync files, so perhaps the company sees this sector as a natural area for expansion.