Welcome to the latest entry in our Bonus Round series, wherein we tell you all about the new Android games of the day that we couldn't get to during our regular news rounds. Consider this a quick update for the dedicated gamers who can't wait for our bi-weekly roundups, and don't want to wade through a whole day's worth of news just to get their pixelated fix. Today we've got an exhaustively realistic flight sim, a Dance Dance Revolution clone, a colorful slot racing game, and a kid-friendly puzzle game. Without further ado:

The attempts at virtual realism in AirFighters Pro are staggering. With multi-screen contextual controls, exterior and cockpit views, and realistic plane models and specifications, this is probably the closest thing we've seen to an old-school, no mercy flight simulator in the Play Store. Throw in the ability to fly around the entire planet in real space with in-flight refueling, take off and land at over 500 real airports, and a customizable mission mode, and this game is a must-try for any flight sim fan.

Realistic world maps and navigation, over 500 actual airports, 1,107 runways, aircraft carriers and real time weather conditions. Plan and share your tactical scenarios, test yourself in the world campaign, fight against other planes in the dog-fight. An adventure without limits. 569 of the world's major airports are available with locations and runway lengths accurately reproduced. The planes you can use are true to life in performance, characteristics and fuel capacity. DJMAX is apparently a huge game that I've never heard about. That's OK, because it's essentially a new take on Dance Dance Revolution. This is the first mobile entry in the franchise, including 50 tracks/levels. You know how this goes: hit the cues in time with the music, power up during the tricky bits, and get the highest score. The free game comes with in-app purchases, but it looks like they're mostly cosmetic and optional.

Get your groove on in the latest addition to the DJMAX series. The HIT arcade and console rhythm action game, TECHNIKA, has now arrived on mobile devices. In this edition, you can enjoy not only the songs from the DJMAX series but also play exclusive songs featured only in TECHNIKA. 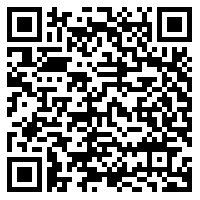 Lots of mobile racers use a rails system to make steering easier. But Rail Racing comes by it honestly, since it actually takes place on a slot car racetrack. Strategic positioning on the tiny banks and curves is crucial, but you can also give your fellow racers a well-deserved shove. (I can barely remember playing with slot cars, but I don't remember boost pads and power-ups on my dad's dusty old set.) The game includes Google Play challenges and IAP for currency and upgrades.

Grab your throttle and get ready for some mobile miniature mayhem. Rail Racing is a fantastically fun-filled slot car racing game from the publishers of Reckless Racing, Raging Thunder 2, Tank Riders and many other mobile best-sellers.Race across fifty twisting tracks spanning a toy-riddled kid's room, a messy garage, a sun-drenched backyard, a darkened kitchen and a dusty attic. Whip your car between slots and watch out for pick-ups, boosters and obstacles. Maya the bee: The Ant's Quest

Gamers in the US probably aren't aware of Maya the Bee, a kid's book and TV series that's popular in Germany and has been translated for distribution around the world. This kid's game features the eponymous heroine helping out the local ant colony with game mechanics that closely resemble Nintendo's puzzle/strategy favorite Pikmin. The Ant's Quest has non-violent objectives and no in-app purchases, so parents should be OK with their kids giving it a go.

Panic broke out in the anthill. The ant queen has been infected by a strange virus. Time is running out, we have to act as quickly as possible or the anthill will languish. The queen needs your services: bring back all the necessary fruits to prepare her healing potion. In Maya The Bee: Ants Quest you control different kinds of ants: the soldiers, the workers and the conveyors, each one of them having their own functions. Recruit new ants, beware the wasps and solve the many challenges standing in your way.

First Android 4.4.3 Details Come To Light - Here Is What You Should Expect To See Fixed