Wonder Momo is one of those things that's popular in Japan, but less so elsewhere. There was an arcade game in the late 80s, an ongoing web comic, and a few game ports on other devices (also for Japan). Now we can all get a look at the weirdness that is Wonder Momo: Typhoon Booster. All you need is an Nvidia Shield and 15 bucks. 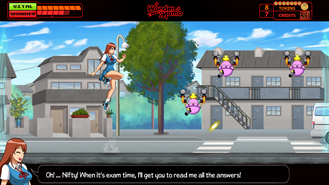 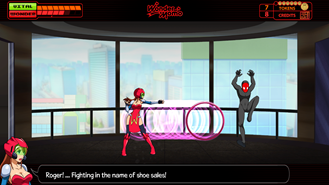 This is a side-scrolling beat 'em up wherein you take on the role of Momoko, a schoolgirl turned "powersuit hero." Yes, a Japanese schoolgirl. You have to take on monsters, robots, dinosaurs, and more with your glowing Wonder Hoop. It's very Japan.

The visuals are very clean with a cel shaded comic book vibe. It was designed for the Nvidia Shield, but probably doesn't need all that processing might. It's reportedly coming to the Mad Catz Mojo as well. The price it pretty high for a mobile game at $14.99, but our limited experience with the game at GDC was enjoyable. Also, do you know of other titles where you can kick a dinosaur in the face? I didn't think so.

[New App] Timehop Arrives In The Play Store, Takes You On A Tour Of Your Past