If humanity dies out in the future, what are all the robots going to do? Fight, according to EPOCH 2. The first title was one of the prettiest games on Android when it launched a few years back, and the sequel promises to up the ante with more effects, more guns, and many more angry robots.

EPOCH 2 is a cover-based shooter set in a world populated by robots with nothing better to do than shoot at you. You'll have to hop around from one location to the next and open fire when you see an opportunity. Along the way you also pick up resources that can be used to buy upgraded gear. 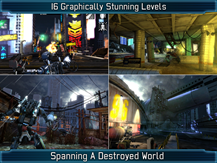 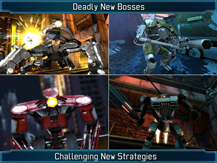 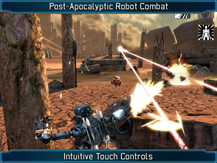 The Unreal 2 engine is backing the visuals in EPOCH 2, and it's really put to good use. There's no visible aliasing, and the textures look great. The game is on sale for $2.50, which is 50% off the final price. Sony Smartband SWR10 Is Now On Sale From One Amazon Vendor, Still Up For Pre-Order Elsewhere